It was a rough shooting night for both squads, but the Syracuse Orange men’s basketball team picked up its biggest win of the season at Virginia. The Orange needed extra time to close it out, but a three-point barrage in overtime lifted SU past the Hoos 63-55. 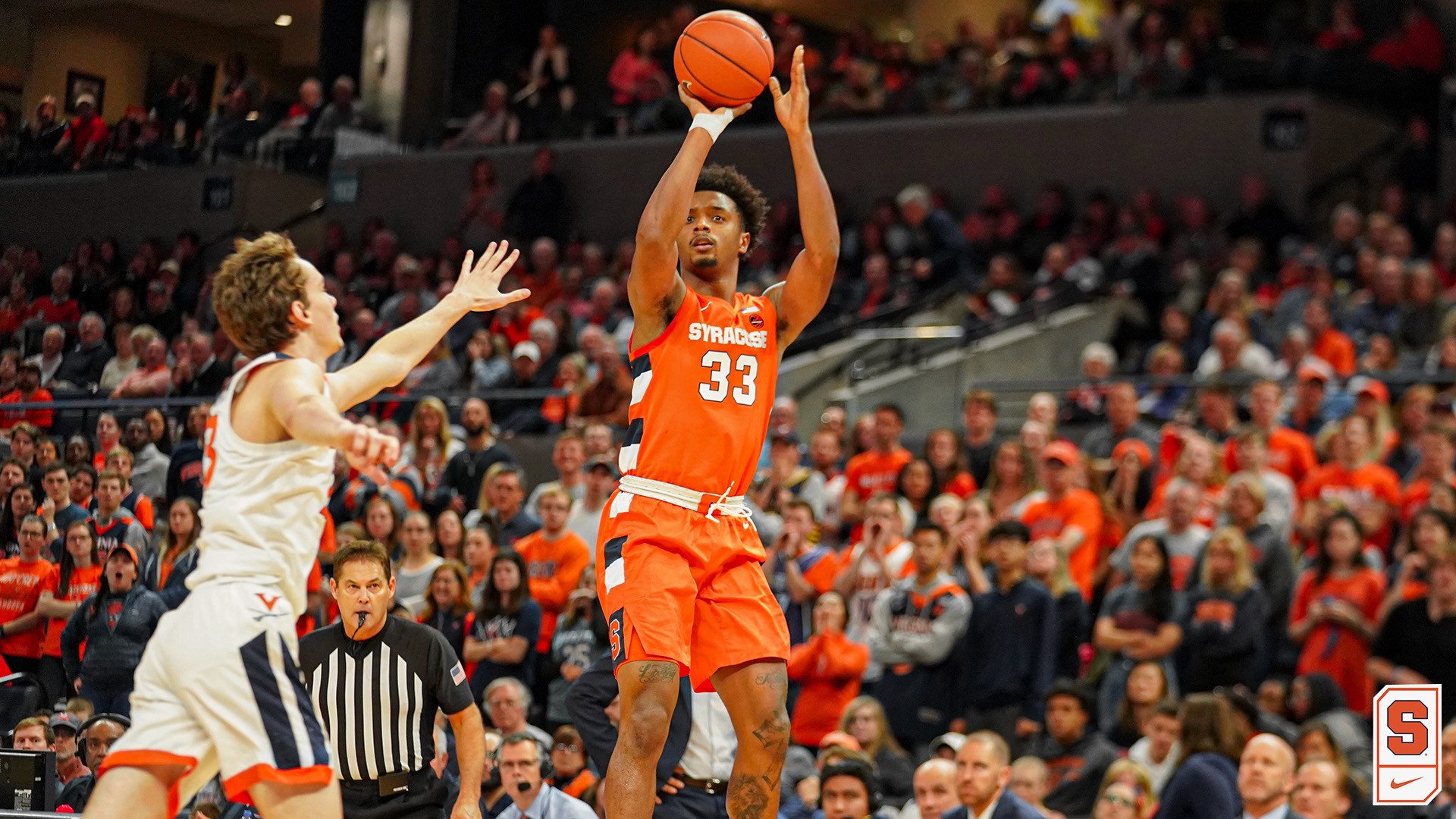 Hughes led the way for Syracuse with 18 points and 9 rebounds.

Girard had 19 points and 6 rebounds while Boeheim posted 14 points on 3-10 shooting from distance. The Slovakian Stat Sheet Stuffer had 7 points, 11 rebounds, 5 assists, 2 steals and 2 blocks.

Syracuse shot 32.8 percent from the floor while Virginia shot 31.8 percent.

'Cuse goes on the road to down Virginia. pic.twitter.com/MZS8g1CQup

It's over in Charlottesville. Syracuse picks up a big, big win over Virginia 63-55 in overtime. The Orange come alive in the extra frame, scoring 20 points. They scored 19 points in the 2nd half. Girard with 19, Hughes with 18. Boeheim overcomes some major struggles to get to 14 pic.twitter.com/OElJQfm6Nq

Syracuse goes on the road to face No. 18/18 Virginia on Saturday, Jan. 11 in a rematch of the season opener. Tipoff is scheduled for 4 p.m. in Charlottesville.

The game will be televised on ESPN and the Watch ESPN app.  Fans can also listen to all the action on the Syracuse Sports Network from Learfield IMG College, including TK99 and ESPN Syracuse locally.

Four players scored in double figures in Syracuse’s 67-63 loss to Virginia Tech in the Carrier Dome on Tuesday. Redshirt junior Elijah Hughes led the way with 18 points, while freshmen Joseph Girard III and Quincy Guerrier finished with 12 points each. The Hokies’ defense limited the Orange (8-7, 1-3) to a season-low 17 3-point attempts and six assists.

Defending national champion Virginia is coming off a 60-53 loss at Boston College on Tuesday, which snapped a two-game winning streak. The Cavaliers are 11-3 overall, including 8-1 at home, and 3-1 in conference play.