The Rochester Americans (21-10-2-3) allowed two shorthanded goals and were unable to find the offensive spark that they needed in suffering a 5-1 loss to the Belleville Senators (21-13-2-1) Friday night at The Blue Cross Arena. The contest was the third game between the two clubs in three weeks and the third of the six-game season series. 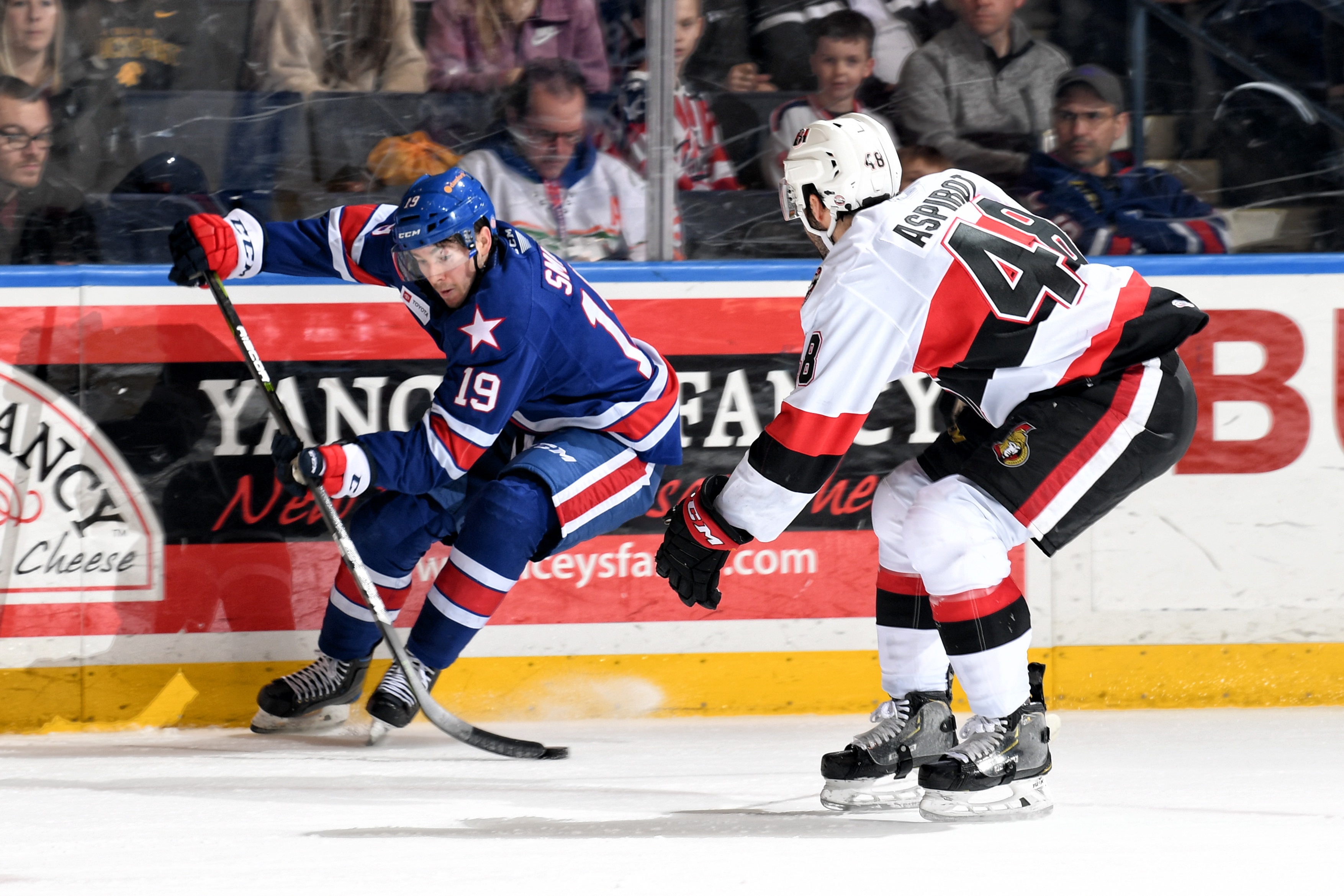