The Buffalo Bills will have at least one coaching vacancy to fill this offseason after news broke Wednesday that defensive line coach Bill Teerlinck has left the team after accepting the same position with Virginia Tech.

Teerlinck is the son of Super Bowl champion defensive line coach John Teerlinck. He spent three seasons with the Bills. 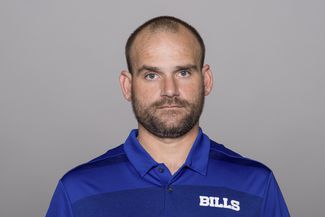 Buffalo’s defensive line has been one of the strengths of the team the past two seasons under Teerlinck’s direction. The sack numbers haven’t always been eye-popping, but the line of scrimmage is where Bills coach Sean McDermott believes games are won. The Bills won 10 games in 2019 and players like defensive tackles Jordan Phillips and Ed Oliver, and defensive end Shaq Lawson showed significant growth from the start of the year to the end.

This is a loss for the #Bills staff. Shaq Lawson and Jordan Phillips each had a career year this past season. https://t.co/oiw6ceIdqV