Syracuse loses a wild one in the Dome to Notre Dame, 88-87 (full coverage)

Syracuse and Notre Dame staged a 3-point contest at the Carrier Dome on Saturday, but the Irish won the game on the boards.

Notre Dame claimed an 88-87 victory over Syracuse thanks to 24 second-chance points. 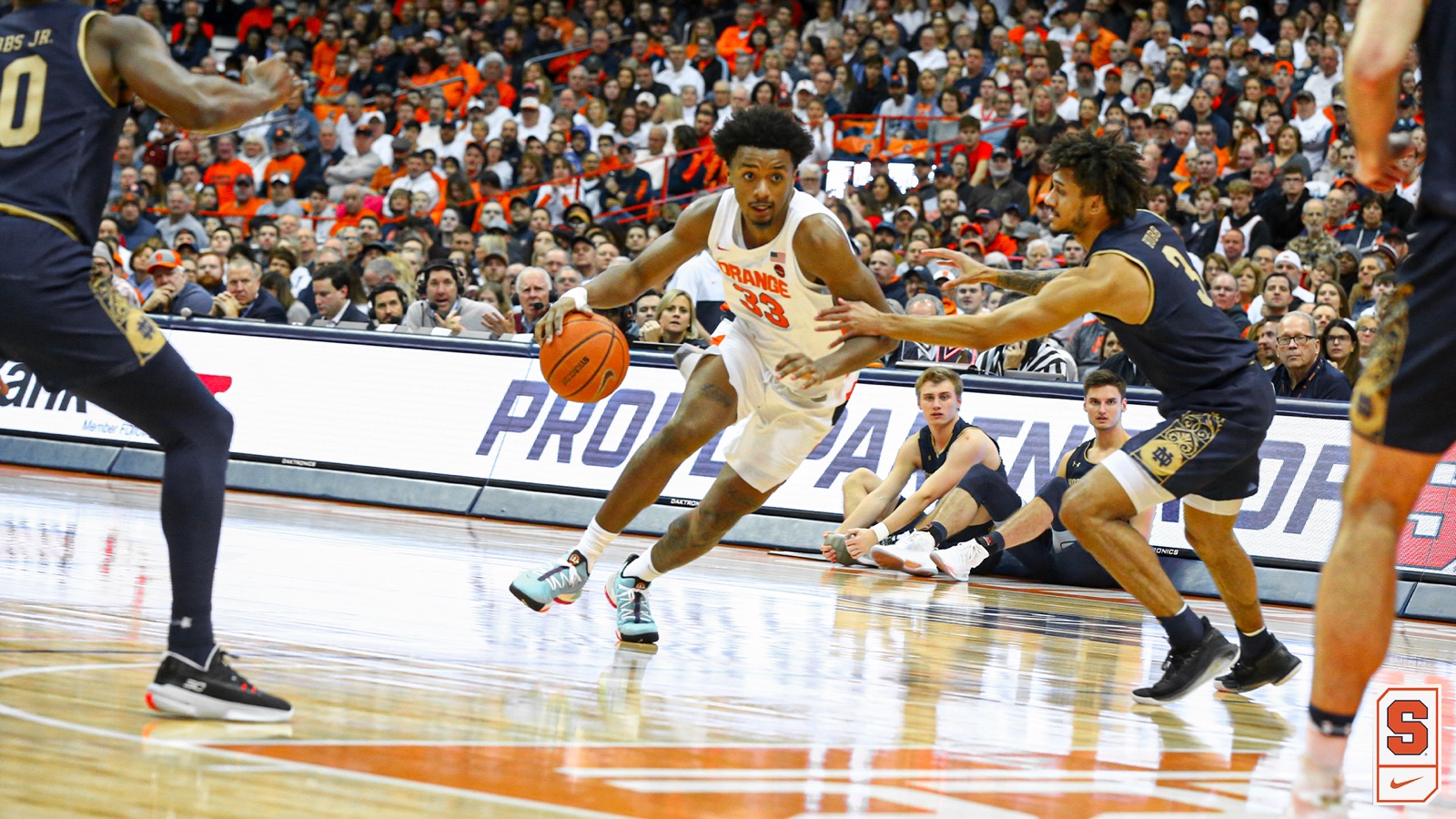 Both teams lived up to their 3-point shooting reputations. Syracuse and Notre Dame rank among the top three major conference teams in terms of the percentage of shots that come 3-point range.

Syracuse went 15-for-31 from 3-point range, tying a school record for most 3-pointers made in a game. Notre Dame also made 15 out of 31 shots from beyond the arc.

Syracuse takes the court for the first time in 2020 when it hosts Notre Dame on Saturday, Jan. 4. Tip off is set for 4 p.m. in the Carrier Dome.

The game will be televised on ESPN2 and the Watch ESPN app. Fans can also listen to all the action on the Syracuse Sports Network from Learfield IMG College, including TK99 and ESPN Syracuse locally.

Syracuse (8-5, 1-1) closed out 2019 with a 71-57 victory against Niagara in the Dome. Redshirt junior Elijah Hughes led all scorers with 19 points and finished just one rebound and one assist shy of the first triple-double by a member of the Orange since 2001. Sophomore Buddy Boeheim finished with 15 points, while junior Bourama Sidibe and freshman Joseph Girard III added 10 points each.

Notre Dame is looking for its first conference win of the year when it visits the Dome on Saturday. The Fighting Irish are 9-2 overall after defeating Alabama A&M on Sunday. Both of their losses have come on the road. Notre Dame is 0-2 in the ACC with its losses coming at North Carolina and against Boston College.