Victor Olofsson named Rookie of the Month for December

Victor Olofsson has been named the NHL’s Rookie of the Month for the second time this season, the league announced Thursday.

Olofsson led league rookies in goals (6), points (14), game-winning goals (2), and average ice time (20:31) in 14 games in December. It’s the highest point total by a Sabres rookie in a calendar month since Tyler Myers tallied 14 points in March of his Calder Trophy winning 2009-10 campaign. 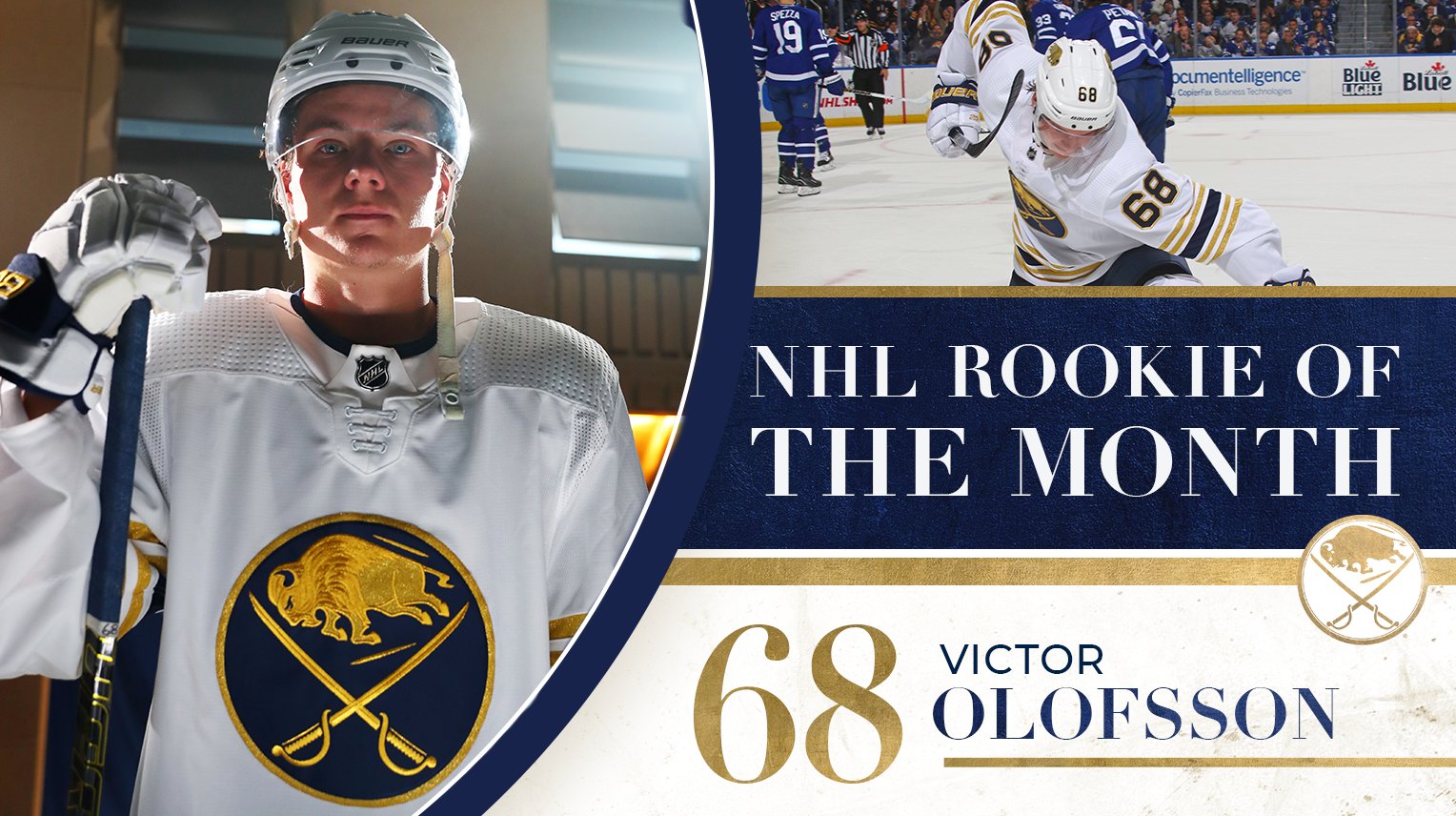 His season totals of 16 goals and 34 points lead NHL rookies. He was previously named Rookie of the Month for October.

Olofsson's 2nd Rookie of the Month award in 3 months of league play so far. He's trending towards the Calder. Tyler Myers was last Sabres player to win it, exactly 10 seasons ago. https://t.co/WseG2BxsAo