For the third year in a row, Jack Eichel will represent the Buffalo Sabres at the NHL’s All-Star Weekend.

This year’s festivities will take place on Jan. 24 and 25 in St. Louis. The Skills Challenge will take place Friday night and the All-Star Game will be played on Saturday. The NHL announced the rosters for the Atlantic, Metropolitan, Central and Pacific division teams this afternoon. 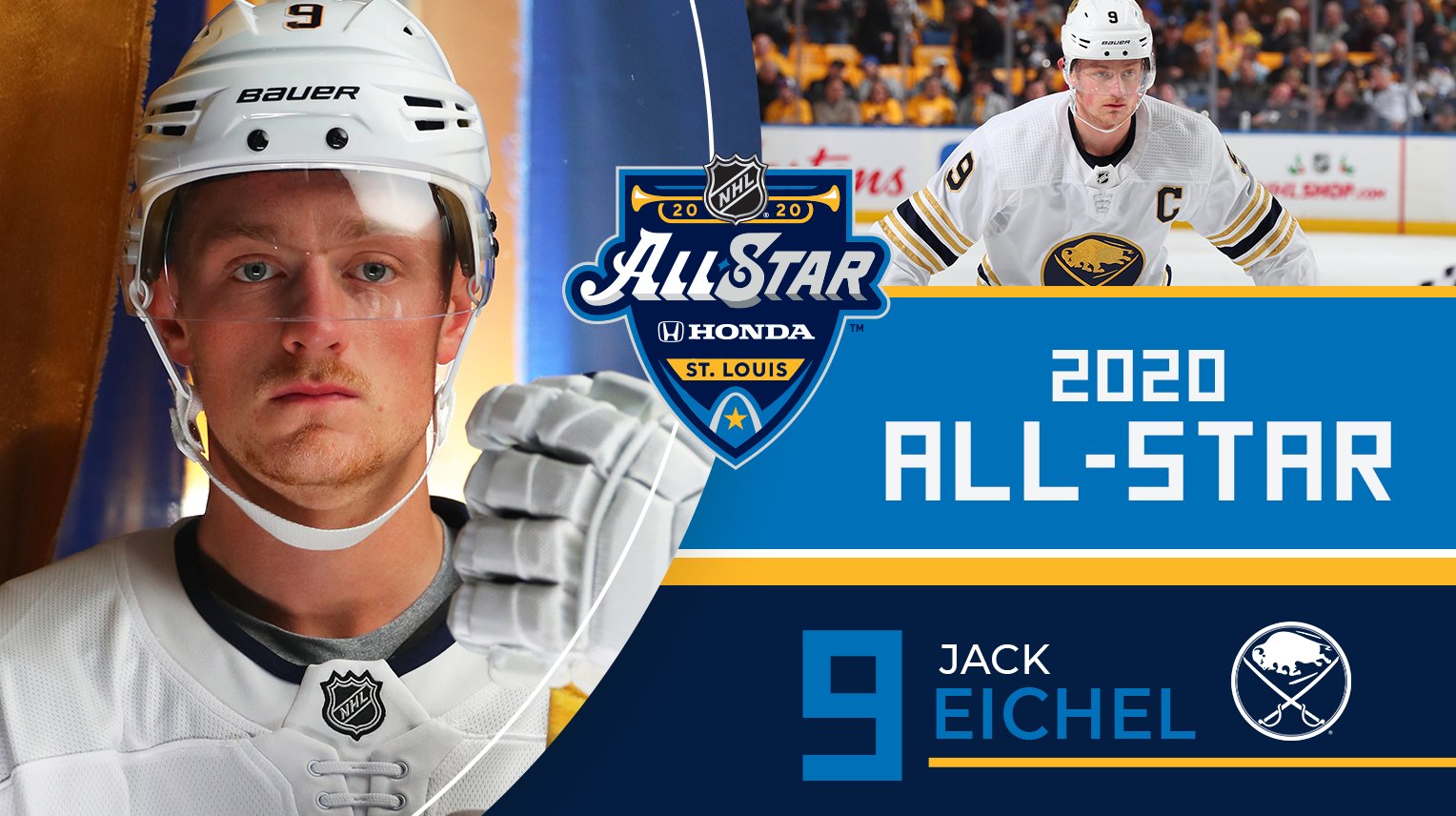 Eichel, in his second season as team captain, leads the Sabres with 24 goals, 28 assists and 52 points.

His season has been highlighted by an 18-game personal point streak, which tied the franchise record set by Gilbert Perreault in 1971-72. Eichel recorded 32 points (16+16) in that stretch.

Jack Eichel becomes the seventh player in Sabres history to represent the team in at least three NHL All-Star Games.