The Syracuse men’s basketball team finished the non-conference portion of its schedule on Saturday with a relatively comfortable win against the weakest opponent it will play this season.

he Orange scored the first 10 points and, despite not playing particularly well, were never in danger of losing, dispatching Niagara 71-57 in the Carrier Dome on Saturday night. 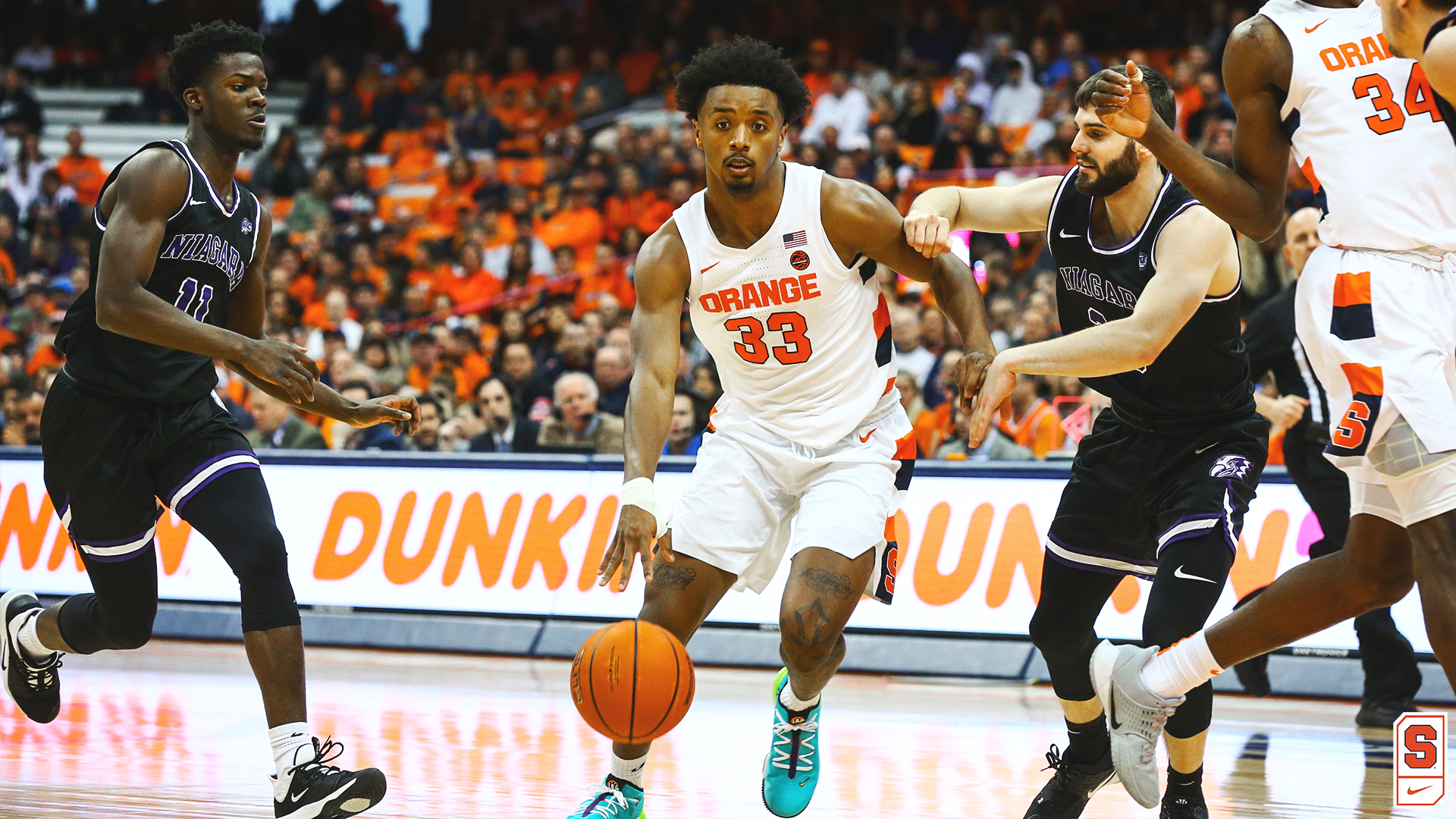 Elijah Hughes flirted with a a triple-double as Syracuse moved to 8-5 on the season.

Syracuse plays its final game in 2019 when it hosts Niagara on Saturday, Dec. 28 in the Carrier Dome. Tip off in the final non-conference game of the season is set for 7 p.m.