Linus Ullmark made 25 saves and earned First Star honors in the Buffalo Sabres’ 3-2 win over the Los Angeles Kings on Saturday at KeyBank Center. 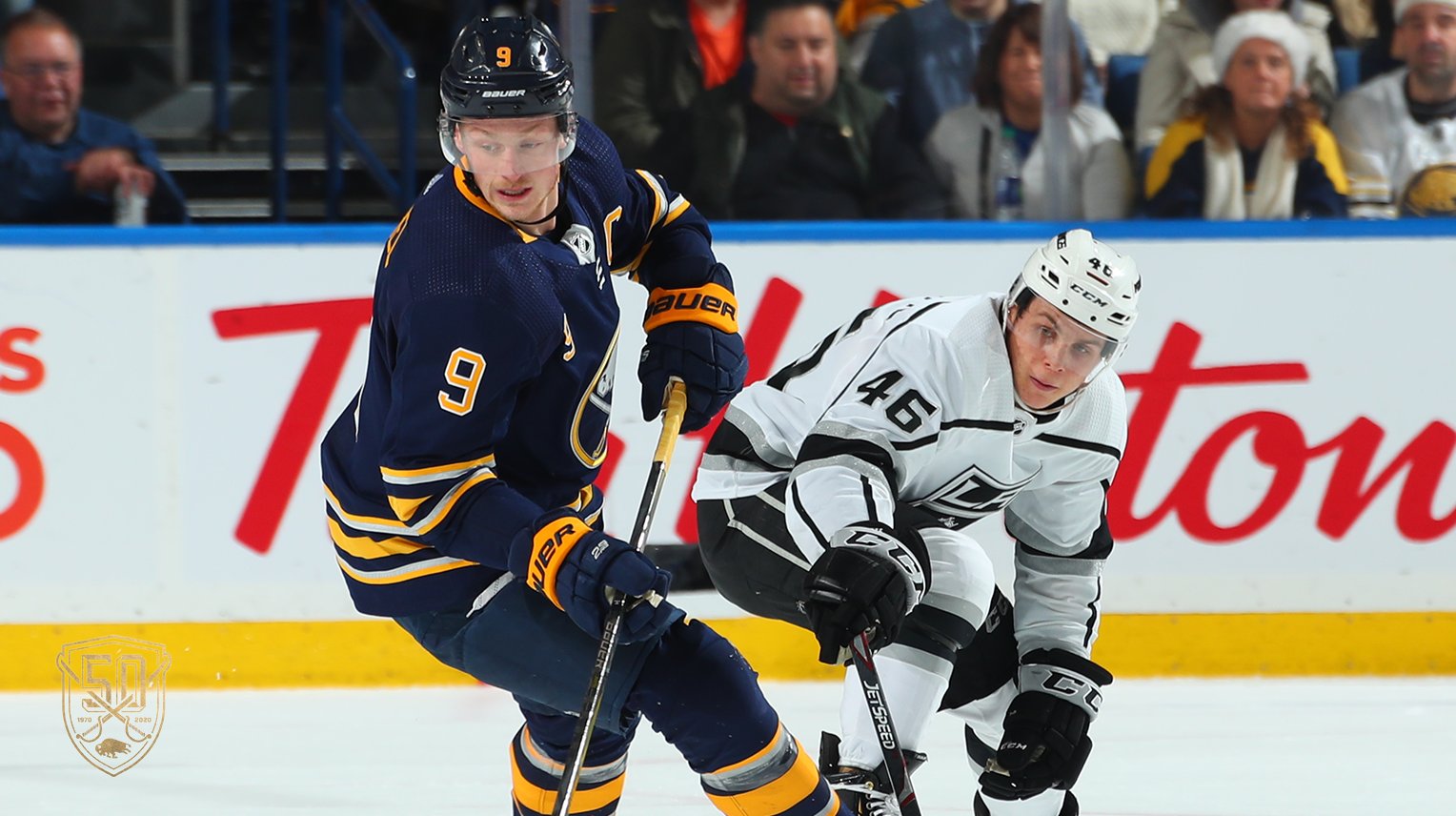 Ullmark improved to 11-7-3 on the season and is 7-2-2 in his last 11 appearances. He has won all four of his career meetings with Los Angeles.

Jack Eichel kept his personal point streak alive with the secondary assist on Olofsson’s goal. While the NHL declared Eichel’s point streak dead since he missed the team’s last game with an upper-body injury, the Sabres captain now has points in each of his last 18 games, totaling 32 points (16+16).