Unclear what prompted attack on officer at Ithaca PD headquarters

Police are searching for clues that might tell a motive – as the investigation into an officer involved shooting over the weekend continues in Ithaca.

The Ithaca Police Department is asking anyone who feels they might have a piece of information that might be helpful to contact the investigations team at (607) 216-3230.

Michael DeCastro was identified as the shooter at a press conference over the weekend. He attacked an officer unprovoked at IPD headquarters.

There was no immediate answer as to what the motive might have been.

Police identified the man involved in an officer involved shooting at Ithaca PD headquarters on Saturday.

The entire incident unfolded around 6:30 a.m., and police described it as a completely unprovoked attack.

The weapon was a 9-inch knife, and the officer has been released from the hospital.

Chief Dennis Nayor called the attack ‘random’ and ‘vicious’. He noted that the whole incident took less than a minute to unfold.

That said, Nayor noted that the attack was vicious.

The person wielding the knife was identified by authorities as 57-year-old Michael DeCastro. He was fatally shot after attacking the officer at IPD HQ. 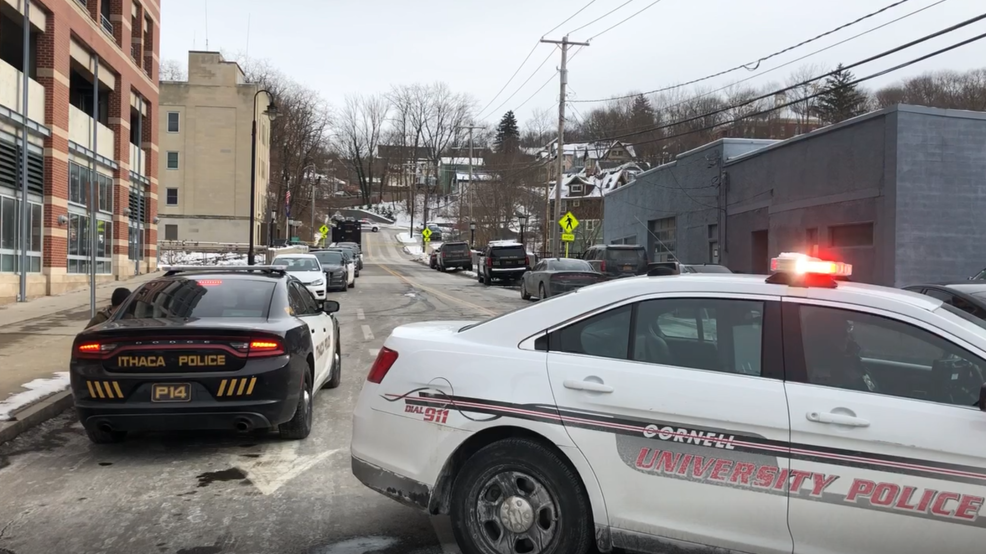 “I think it’s hard to comprehend just what a difficult, dangerous job our officers do. This morning was a stark and terrifying reminder.

There is absolutely no doubt in my mind – our Sergeant saved his own life, and was entirely justified in his actions. I also believe that he saved the lives of other officers. His actions were nothing short of heroic.

I went to the PD this morning to review the footage, and check on our officers. They are being well supported by our partnering agencies.

This unprovoked attack ended in tragedy, and I’m praying for the family of the deceased.

And I hope you’ll join me in praying for our officers and their families. They put their lives on the line to keep us safe, and that often makes them targets for the unstable.”