Close, but not quite good enough.

The Bills gave the Patriots all they could handle, but wound up losing a game that took them out of the running for a first AFC East championship since 1995.

The Bills are locked in as the fifth seed in the AFC playoffs, although they still don’t know their opponent. 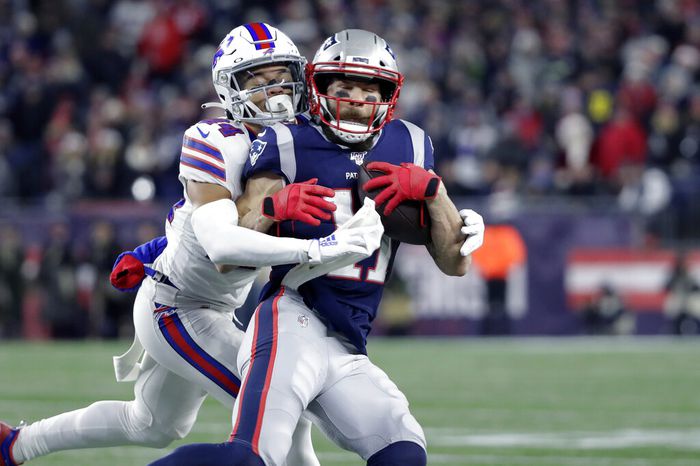 They had a last-gasp drive that ended with a fourth-down in-completion of a 15-yard Josh Allen throw in the end zone to Cole Beasley.

I give the #Bills plenty of credit for their effort today. They gave a great game to a Super Bowl contender. Allen shook off a slow start and almost saved the game. And now, it's guaranteed, the #Bills are playing on Wild Card weekend.

There are no moral victories…

But the #GoBills are close.

Silver lining: The #Bills can now rest all of their starters next week against the Jets. They're locked into the No. 5 seed.

Can't remember the last time the Bills could rest people in Week 17. pic.twitter.com/YmxcFHS2kF

QB Josh Allen: “It feels good to play games that mean something in December. This loss hurts, but we will use tonight as an example to learn from moving forward.” #BUFvsNE pic.twitter.com/9XBMCzkkmc

With an AFC playoff berth in their back pocket, the Bills take to the road this week for a matchup with the Patriots in New England. The division title is still in play for Buffalo with two regular season games remaining.

This weeks Bills and Patriots game will be nationally televised on NFL Network. Mike Tirico, Kurt Warner, and Peter Schrager will call the game. It will also be televised on WKBW in Buffalo.

It will take a lot, but it starts with a Buffalo victory in New England this weekend. If the Bills do that, all they have to do is beat the Jets at home in the regular season finale, and root for Ryan Fitzpatrick and the Dolphins to knock off New England in their Week 17 matchup.

That would mean an AFC East title for Buffalo, its first since 1995. Already, this is the latest into a season the AFC East has been up for grabs since 2008. The Patriots have won 10 straight division titles.

Patriots main slot CB is out against Bills. Could be an opportunity for Cole Beasley to have an even bigger impact in this game. https://t.co/bKXIzzbIzp

Asked Bills coach Sean McDermott about the video of him getting upset at a couple of Patriots staffers before last game:

"I'm not going to comment on that. That was last game. I don't think it's worth getting into."