Amerks fight off Rocket for 3-2 win in Laval

On the strength of multi-point efforts from forwards Eric Cornel (1+1) and Sean Malone (1+1), the Rochester Americans (17-4-2-2) opened the first half of a two-game set with the Laval Rocket (15-11-3-0) with a narrow 3-2 victory Friday night at Place Bell. The win also restored sole possession for first place in the AHL’s North Division standings heading into Saturday’s rematch with the Rocket.

With the win, the Amerks have earned points in 13 of their last 14 games dating back to Nov. 1, showing a 12-1-1-1 record over that span. Additionally, Rochester has picked up points in 19 of the last 22 contests overall, going 15-3-2-2, while also earning 38 out of a possible 50 points through their first 25 contests of the season. 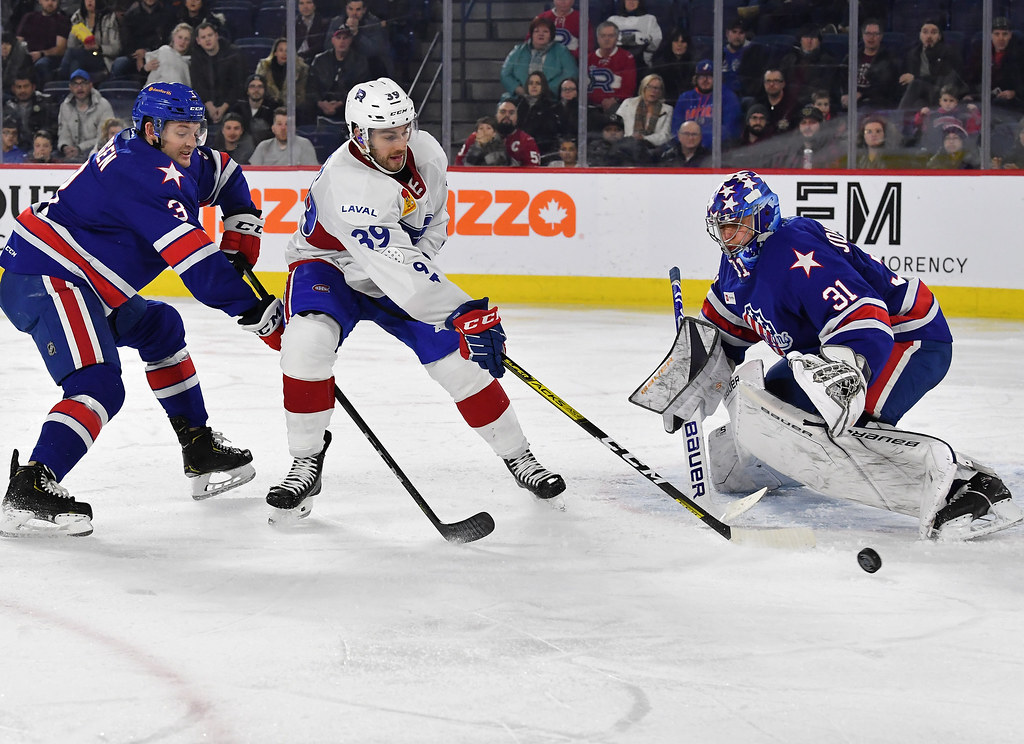 Both Cornel and Malone each contributed a goal and an assist for the Amerks, who have won six of the last seven meetings against the Rocket dating back to the 2017-18 season. Defenseman Casey Nelson opened the scoring on the night with his fourth tally of the season while goaltender Jonas Johansson extended his personal win streak to a career-best six games as he made 35 saves. The Swedish netminder shows an 8-2-2 record while his 2.09 goals-against average is second-best in the AHL.

And with that… we are FIRST IN OUR DIVISION ? pic.twitter.com/yMHnK7vBg7