In one of the least surprising pieces of news to come out of the NFL, Buffalo Bills veteran linebacker Lorenzo Alexander has once again been named Buffalo’s nominee for the prestigious Walter Payton NFL Man of the Year honor.

A leader on the playing field, Alexander dons the game-day “C” on his jersey with pride each week as one of the captains of the Bills. Alexander’s charitable efforts, along with his outstanding play on the field, earned him recognition as the team’s nominee for Man of the Year, an honor awarded to an NFL player who demonstrates a commitment to community service activities off the field while playing at a high level on the field. 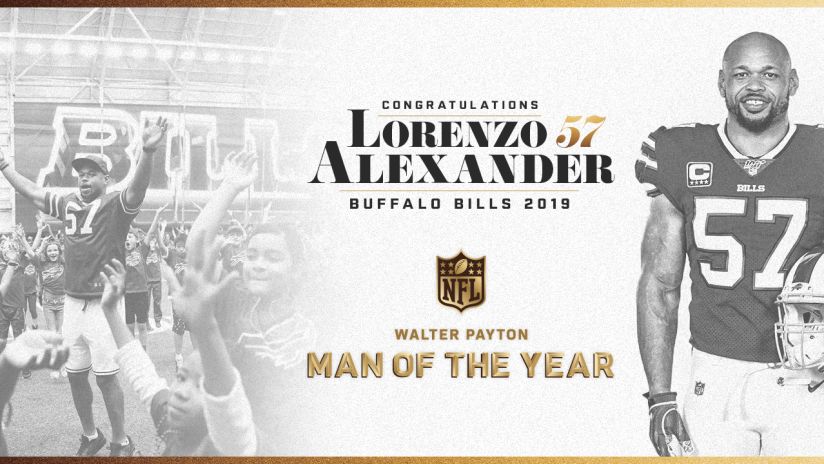 It’s the third year in a row Alexander has been honored, and the fifth time in his NFL career.

#Bills LB Lorenzo Alexander has been named the team’s Walter Payton Man of the Year.