As in past years, members of the PBA partnered with members of the Seneca County Sheriff’s Employees Association and escorted nine children from across Seneca County that were chosen to participate in the event. Members of both organizations volunteered their time to take the children Christmas shopping at the Seneca Falls/Waterloo Walmart. Following the shopping spree, a pizza lunch was generously provided by the Seneca Falls Pat’s Pizzeria. After lunch, there was a guest appearance from Santa Claus.

This event is funded by both Sheriff’s Office employee unions through the “No Shave November” and “No Shave December” authorized by Sheriff Luce. In addition, the event is further funded by numerous sponsors. Without these sponsors, this event would not be possible.

The Deputy Sheriff’s PBA would like to thank the following sponsors for their generosity:

The Deputy Sheriff’s PBA would also like to recognize the Seneca County Sheriff’s Office Administration for their continued support of this program.

NOTE: Out of respect for privacy for the families, the PBA does not publish any photos that depict the faces of the children.

Photos from the day below: 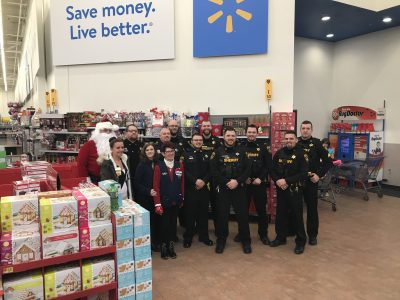 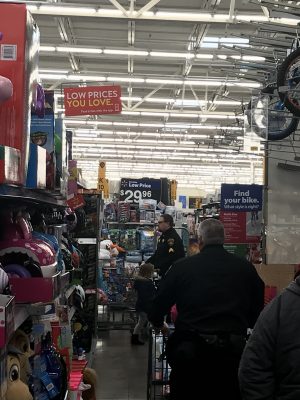 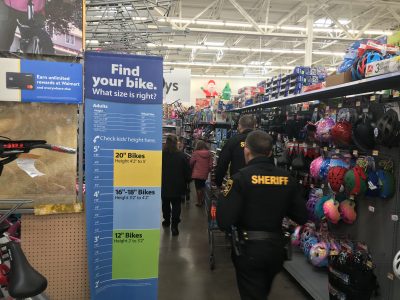