Linus Ullmark made 28 saves and Jack Eichel scored the game-winning goal to extend his point streak to 14 games in the Buffalo Sabres’ 5-2 victory over the St. Louis Blues on Tuesday at KeyBank Center.

Eichel potted the go-ahead goal with 14:14 remaining on the clock to keep the longest point streak in the NHL alive. He then added Buffalo’s second empty-net goal of the game with 1.2 seconds left for his 20th goal of the season. Eichel is the third player in the League to hit the 20-goal mark this season. 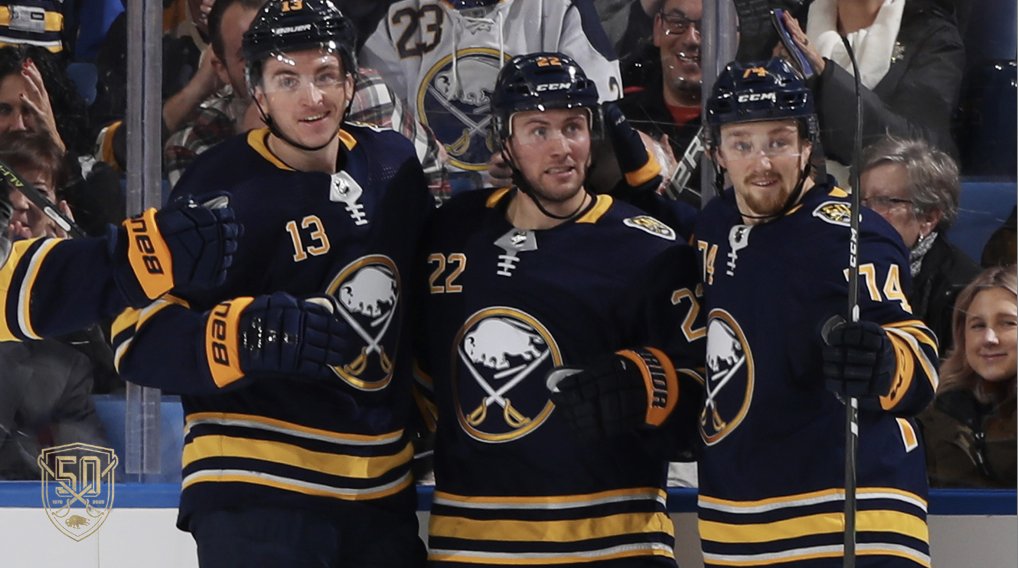