The Syracuse Crunch rolled past the Bridgeport Sound Tigers, 5-2, tonight at the War Memorial Arena.

Alex Volkov recorded a four-point night with a goal and three assists to lead the Crunch followed by Taylor Raddysh with two goals and a helper. The win advances the Crunch to 13-9-2-0 on the season and 2-0-0-0 in the four-game season series. 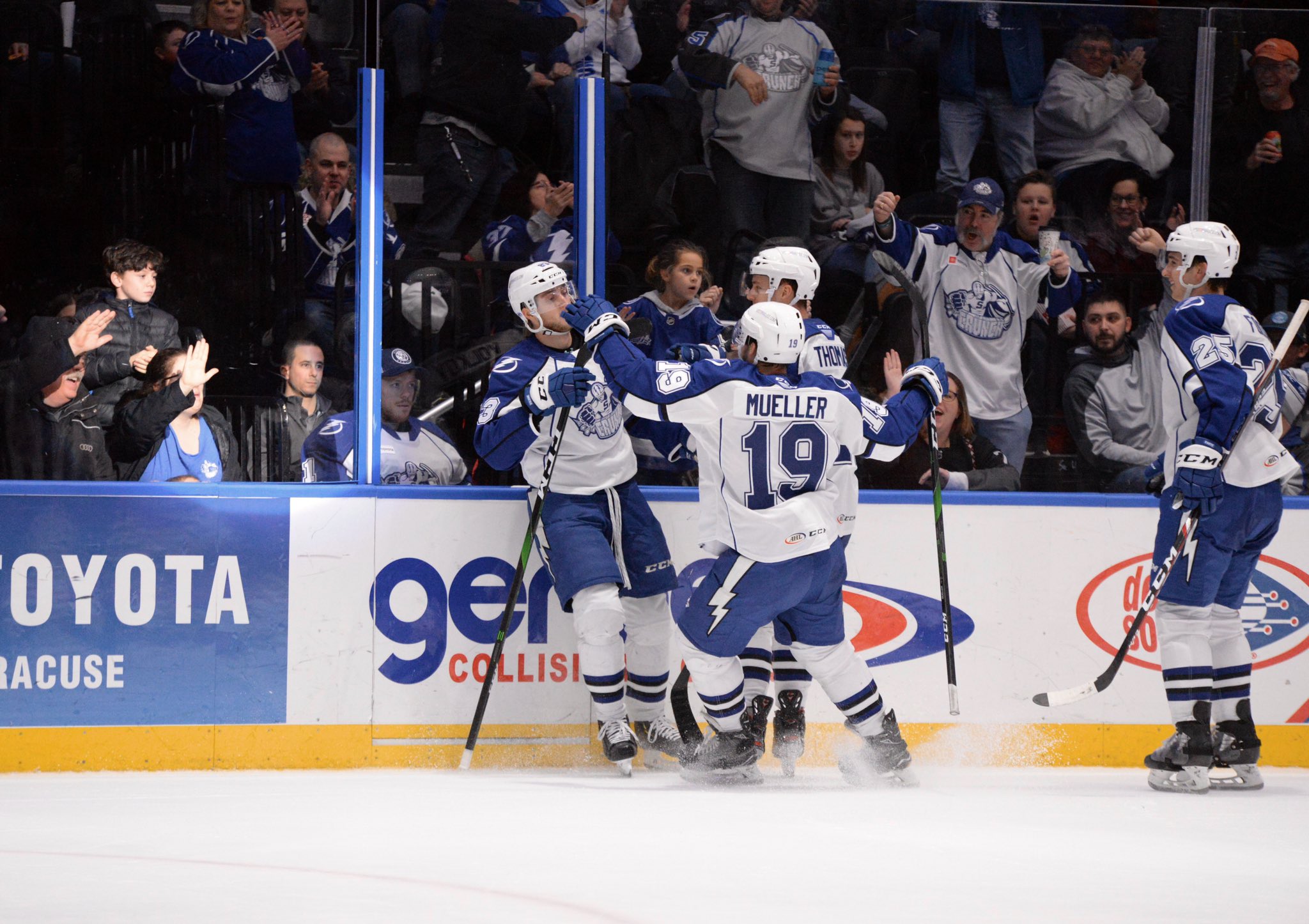 Goaltender Martin Spencer earned the win with 29 saves between the pipes for the Crunch. Jakub Skarek turned aside 27-of-32 in net for the Sound Tigers. Syracuse went 1-for-3 on the power play and a perfect 4-for-4 on the penalty kill.

The Crunch jumped out to a quick lead with an early goal 1:44 into the game. Volkov circled the puck around the zone and dropped it off for Cameron Gaunce at the blue line. The defenseman skated into the high slot and sent home a wrister. Ben Thomas earned the secondary helper.

Syracuse doubled their lead at the 7:22 mark when Raddysh redirected Volkov’s shot from the left point. Gaunce tallied his second point of the night on the marker.