Buffalo falls to Vancouver in overtime, 6-5

The Buffalo Sabres’ comeback efforts against the Vancouver Canucks yielded one point on Saturday.

Jack Eichel shot and scored with 2:51 left in overtime, but just before he fired, Henri Jokiharju was called for tripping, negating the goal and sending Vancouver to the power play. JT Miller then ripped home a one-timer on that man advantage 1:12 later to give the Canucks a 6-5 win at Rogers Arena. 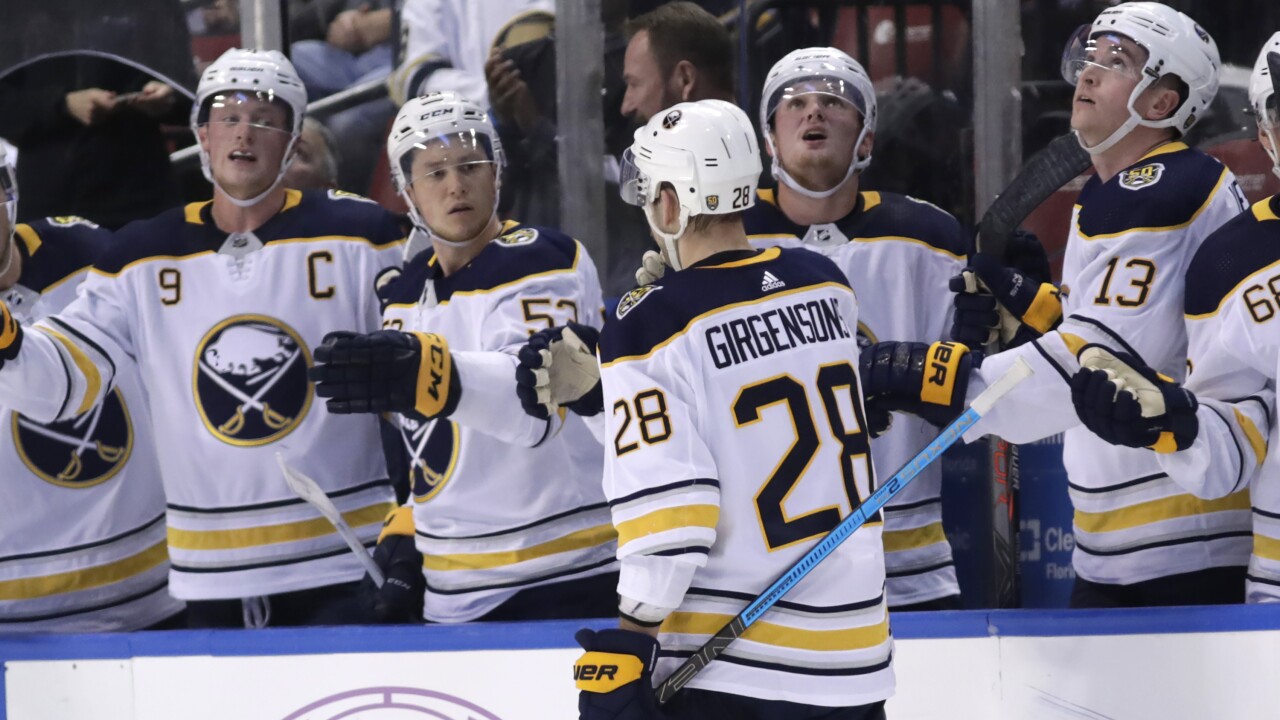 The Sabres fought back to tie the game on three different occasions with Kyle Okposo, Rasmus Ristolainen, Victor Olofsson, Zemgus Girgensons and Marcus Johansson scoring for Buffalo. Johansson forced overtime with his goal with 58.5 seconds remaining in regulation. Carter Hutton made 24 saves in net.

Buffalo is now 0-1-1 on the Western Canadian road trip that will conclude on Sunday in Edmonton. The Sabres fell just short of rallying back from a three-goal deficit on Thursday against Calgary, but they were able to earn a point in Vancouver.