That’s how long it’s been since Syracuse opened a season with four losses in its first eight games, but that’s where the Orange is this year after a 68-54 loss to Iowa on Tuesday night at the Carrier Dome. 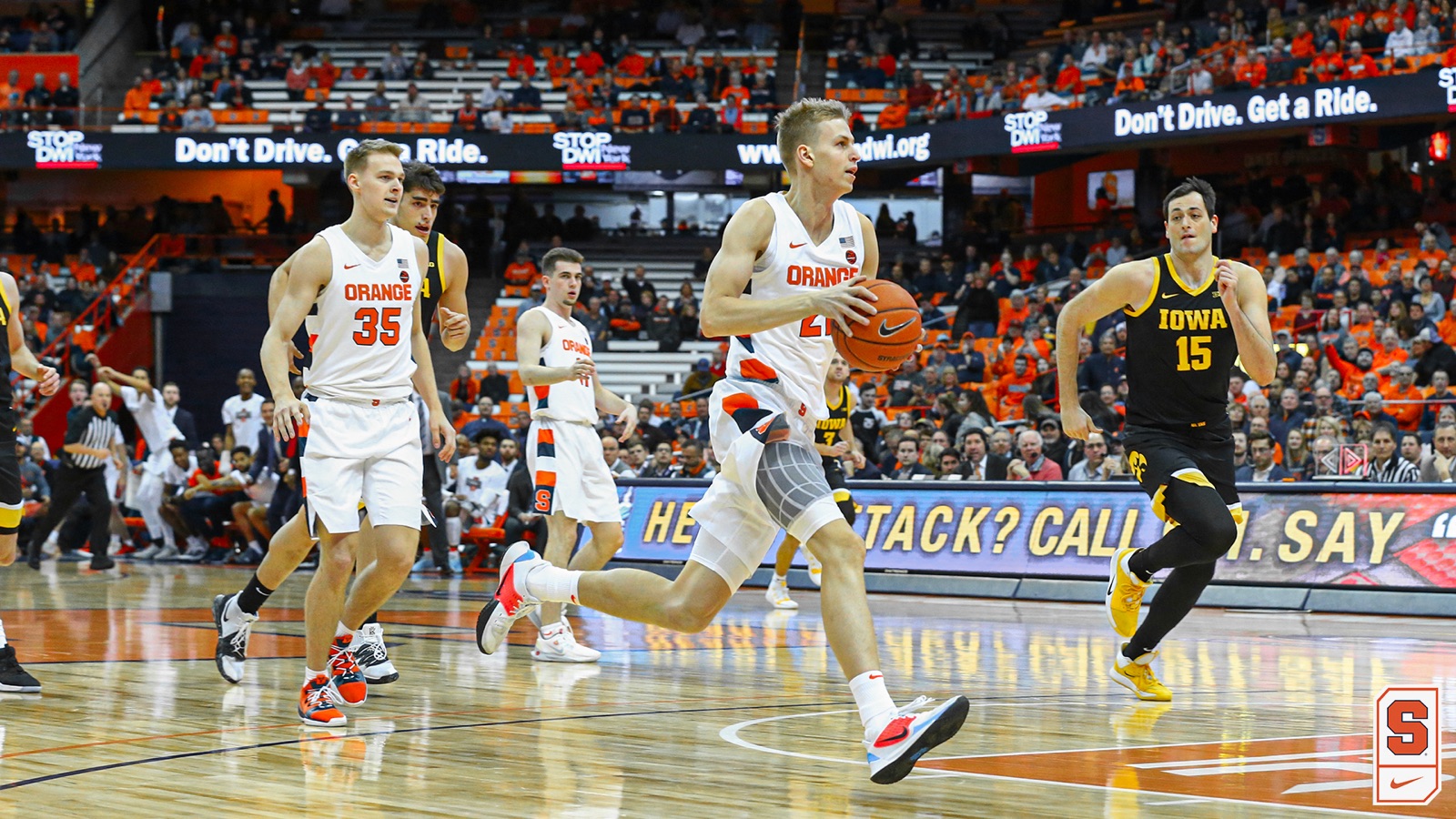 Syracuse suffered its third straight loss to fall to 4-4 on the season. It’s the worst start for a Syracuse team since 1968-69 when the Orange started 3-5.

Syracuse is now 0-4 this season against major conference teams with road games at Georgia Tech and Georgetown up next on the schedule. Syracuse’s losses to Virginia, Oklahoma State, Penn State and Iowa have come by an average of 15.6 points.

Back to ACC play on Saturday at Georgia Tech (Noon, ACCN) pic.twitter.com/nawr8VIdLM

Syracuse returns to the Carrier Dome for a brief one-game homestand when it hosts Iowa on Tuesday, Dec. 3 at 7 p.m. The game is part of the Big Ten/ACC Challenge.

The game will be broadcast on ESPN2 and the Watch ESPN app. Fans can also listen to the live broadcast on the Syracuse IMG Radio Network.

Syracuse (4-3, 0-1) looks to return to its winning ways after an 85-64 setback against Penn St. in the NIT Season Tipoff at the Barclays Center on Friday.  Redshirt junior Elijah Hughes continued to lead the Orange offense. He was 11-for-13 from the free throw line on his way to 19 points against the Nittany Lions. Hughes is the Orange’s leading scorer this season, averaging 19.0 points per game.

Iowa is coming off an 83-73 loss to San Diego State on Friday at the Continental Tire Las Vegas Invitational. The loss snapped a four-game winning streak for the Hawkeyes (5-2), which included a win against No. 12 Texas Tech.