Jack Eichel extended his point streak to eight games with a three-point night against the Toronto Maple Leafs in the Buffalo Sabres’ 6-4 win on Friday at KeyBank Center.

Buffalo used a four-goal second period to rally back from an early 2-0 deficit. 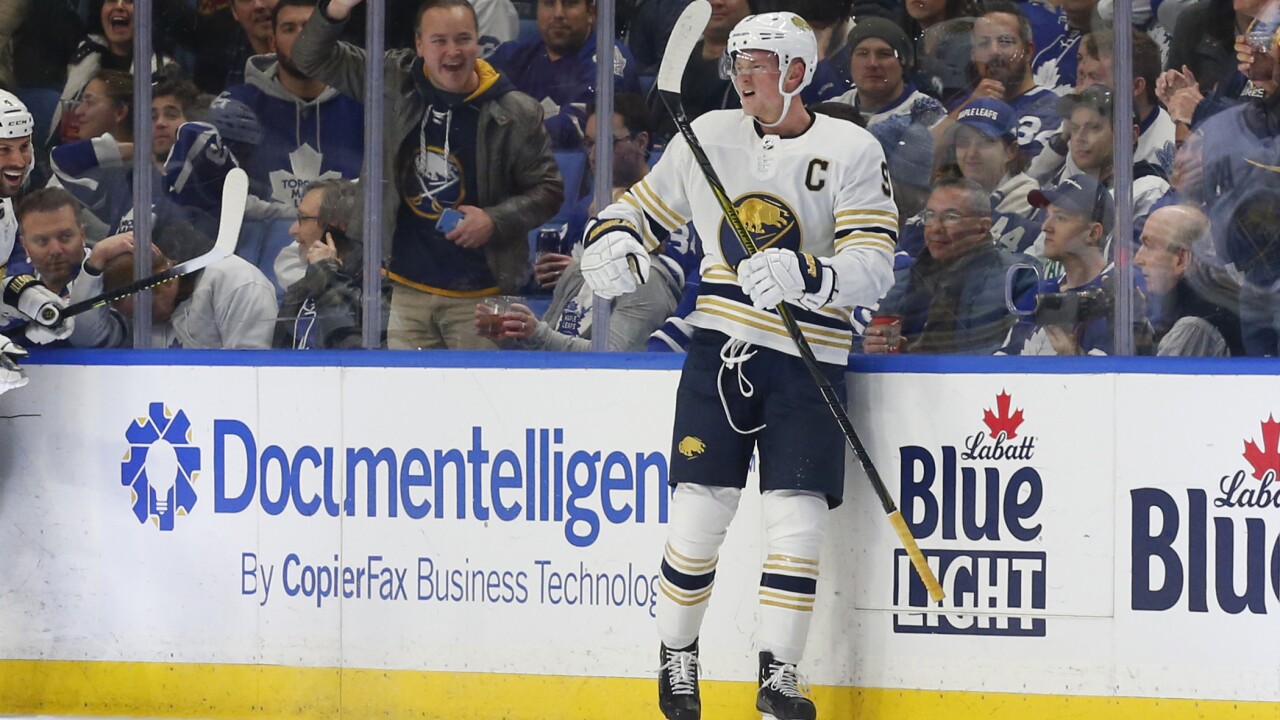 Jimmy Vesey was credited with the game winner 8:34 into the third period. Jeff Skinner, Victor Olofsson and Casey Mittelstadt also scored for Buffalo. Eichel picked up two goals and an assist for his ninth multi-point game of the season.

Linus Ullmark had a strong game in net for Buffalo, making 25 saves. He faced a barrage of Maple Leafs chances, especially in the final three minutes when Toronto made their final push.

Rookie Rasmus Asplund was awarded a penalty shot with 0.9 seconds remaining. He was stopped by Michael Hutchinson, who was credited with 30 saves in the game. The attempt was Buffalo’s first penalty shot since Dec. 22, 2017 against Philadelphia when Brian Elliot stopped Evander Kane.