The National Weather Service has issued Wind Advisories for the entire region ahead of some unsettled weather, which is expected to begin today – and wrap-up during the early-morning hours on Thanksgiving.

The Wind Advisory runs until 1 a.m. on Thanksgiving for Ontario and Wayne counties. Points west of that advisory will likely see a similar timeline for decreasing wind gusts.

While Seneca, Yates, Cayuga, Tompkins, and Schuyler counties all have a Wind Advisory that expires at 8 a.m. on Thanksgiving. Similarly, winds will begin to subside during the early-morning hours on Thanksgiving.

Wind gusts up to 50 mph will be possible, according to the National Weather Service. These gusts could bring down some limbs or power lines. However, widespread power outages or damage is not expected.

If your travels will take you to Western New York – expect significantly stronger winds. A High Wind Warning has been issued for those communities near Lake Erie. Travel along the far-western portion of the New York State Thruway could be difficult to travel at times for high-profile vehicles.

Periods of rain are expected throughout the region. That rain could become steady at some points during the afternoon. Forecasters also say there’s an outside chance of some thunder – but that’s a relatively limited risk.

For the latest forecast information – check out the FingerLakes1.com Weather Center. 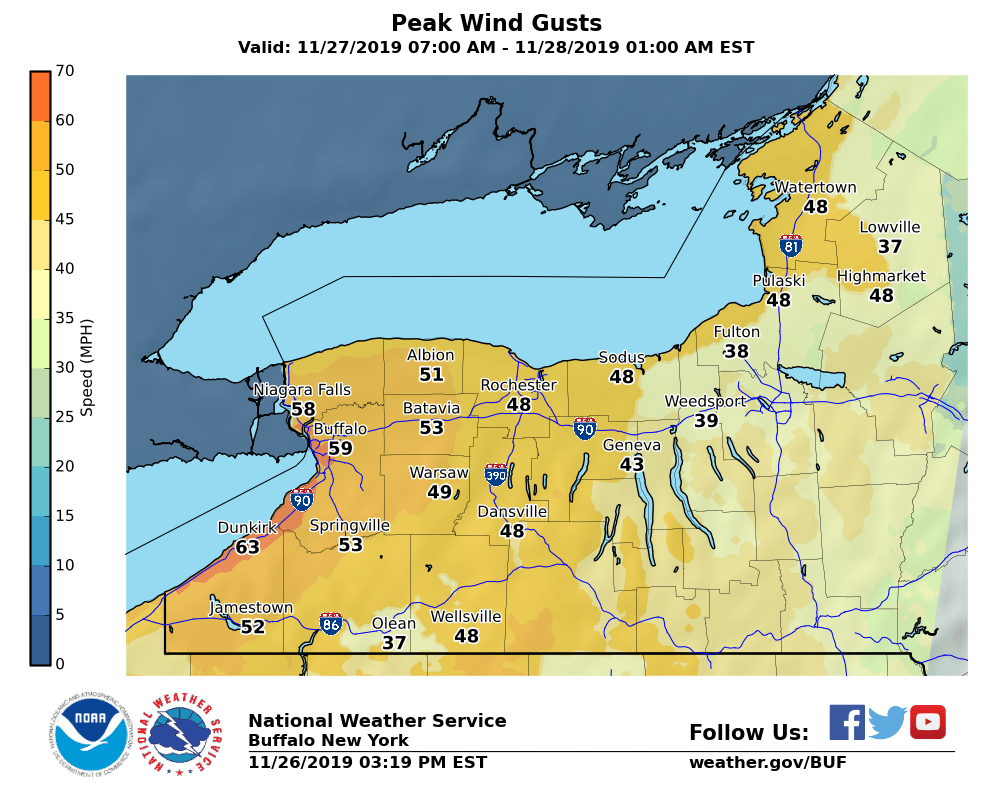 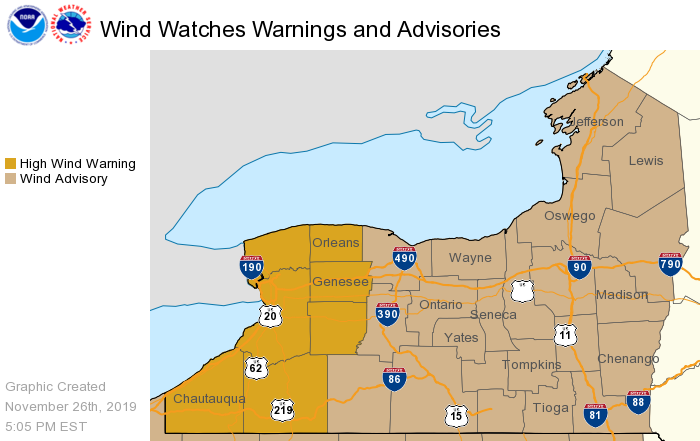