With three unanswered goals in the final 40 minutes of regulation, the Rochester Americans (12-3-1-2) doubled up the Binghamton Devils (7-10-3-0) Saturday night at Floyd L. Maines Veterans Memorial Arena by a 4-2 score. With the win, the Amerks extended their win streak to five games while also pushing their point streak to eight straight games (7-0-0-1) to begin the month of November. 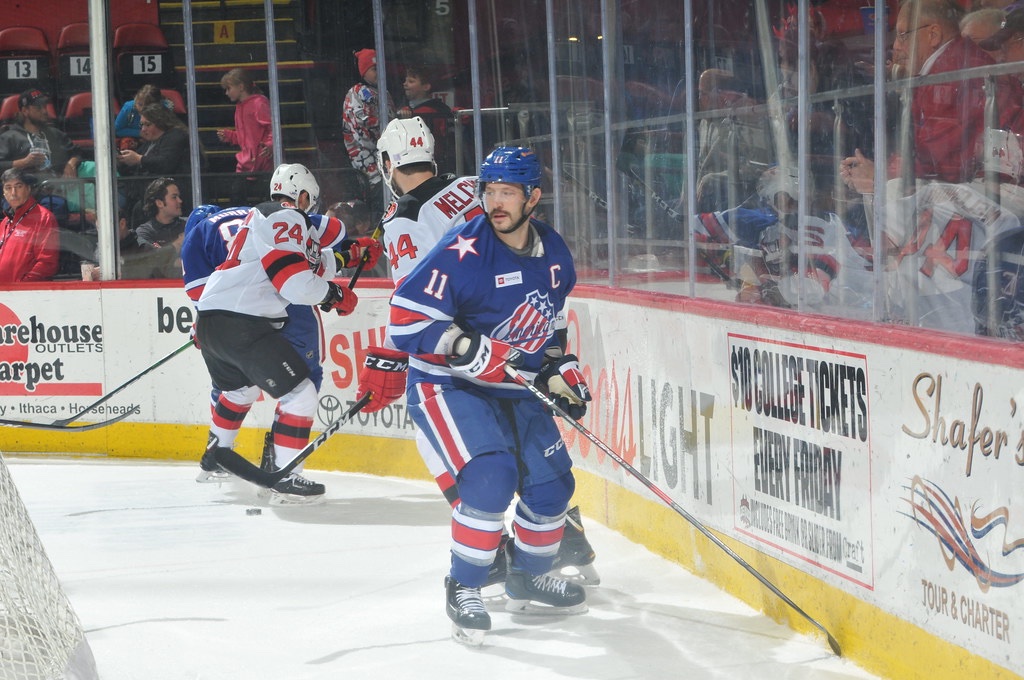 Additionally, Rochester has now earned 27 out of a possible 36 points through its first 18 games of the campaign and has picked up points in 13 of the last 15 contests overall, going 10-2-1-2 over that span.

Forward Kevin Porter opened the scoring with his fifth goal of the season and 400th professional point while Tyler Randell, Eric Cornel and Andrew Oglevie also found the back of the net for Rochester. Goaltender Jonas Johansson (5-2-2) made 34 saves, which included 19 in the final 20 minutes of play, to earn his third straight win and fifth overall.

#CaptainPorts with his fifth goal of the season and 400th pro point to give the #Amerks a 1-0 lead just 1:32 into the contest!#UnitedWeRoc pic.twitter.com/73TtEzj4Pu

Andrew #oGOALevie secures the win with an empty net goal. #Amerks win 4-2 and extend the winning streak to 5 games. pic.twitter.com/mZLhdcZwpp