The developers of MMORPG RuneScape 3 have posted a new video in which they shared their plans for the future. In the video, they talked about the changes they were going to implement to the game and new additions to come soon. So what can we expect?

All the new game additions and updates will make your gameplay experience even more one-of-the-kind! 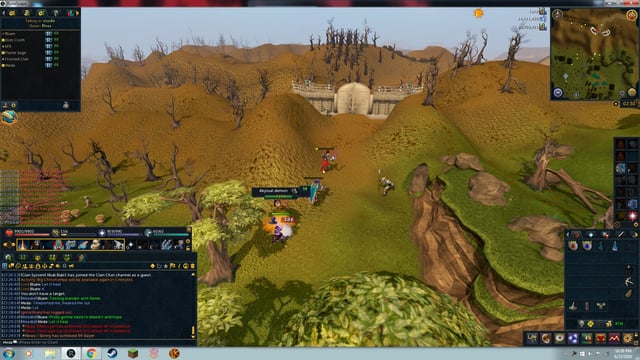 RuneScape 3 Will Get to Mobile Platforms

The developers of the browser-based MMORPG RuneScape announced that the game will be available on mobile platforms soon. Excited? So we are! Moreover, the game is expected to be available in two variations at once: in classic and more modern versions. Both will support cross-platform multiplayer; thus, all players will be on the same servers. Moreover, you can switch between platforms at any time without losing progress.

Being a very popular browser-based MMORPG released back in 2001, RuneScape boasts of over 250 million accounts registered in the game. Its mobile-friendliness is likely to increase this figure and attract new players soon.

The developers of the popular browser-based MMORPG RuneScape announced that along with the next update in the game, there will be a new test feature called Inferno. It is designed for seasoned players and is filled with lava.

“This test feature is not for beginners; it is intended for the most seasoned gamers who want to challenge themselves,” Warns Jagex, one of the creators of the game, says. “This is the volcanic city of Mor Ul Rek, located in the fiery depths, where players make their way through the increasingly complex waves of monsters and trials. Only after all the missions are completed, truly experienced adventurers will be able to battle the last boss, Tsal-Tsuk.”