At the suggestion of his head coach last week, Bills quarterback Josh Allen went out and played fearless in Buffalo’s game at Miami. The result was perhaps one of the most effective performances of his young career. The league apparently thought so too, as Allen was named AFC Offensive Player of the Week for his performance in the Week 11 victory.

Allen rolled up 256 yards through the air on 21 of 33 passing along with two touchdown passes and an eight-yard rushing touchdown. Operating a no-huddle attack, Buffalo’s QB helped lead the offense to points on each of their first four scoring drives as the Bills never trailed in their 17-point victory over the Dolphins. 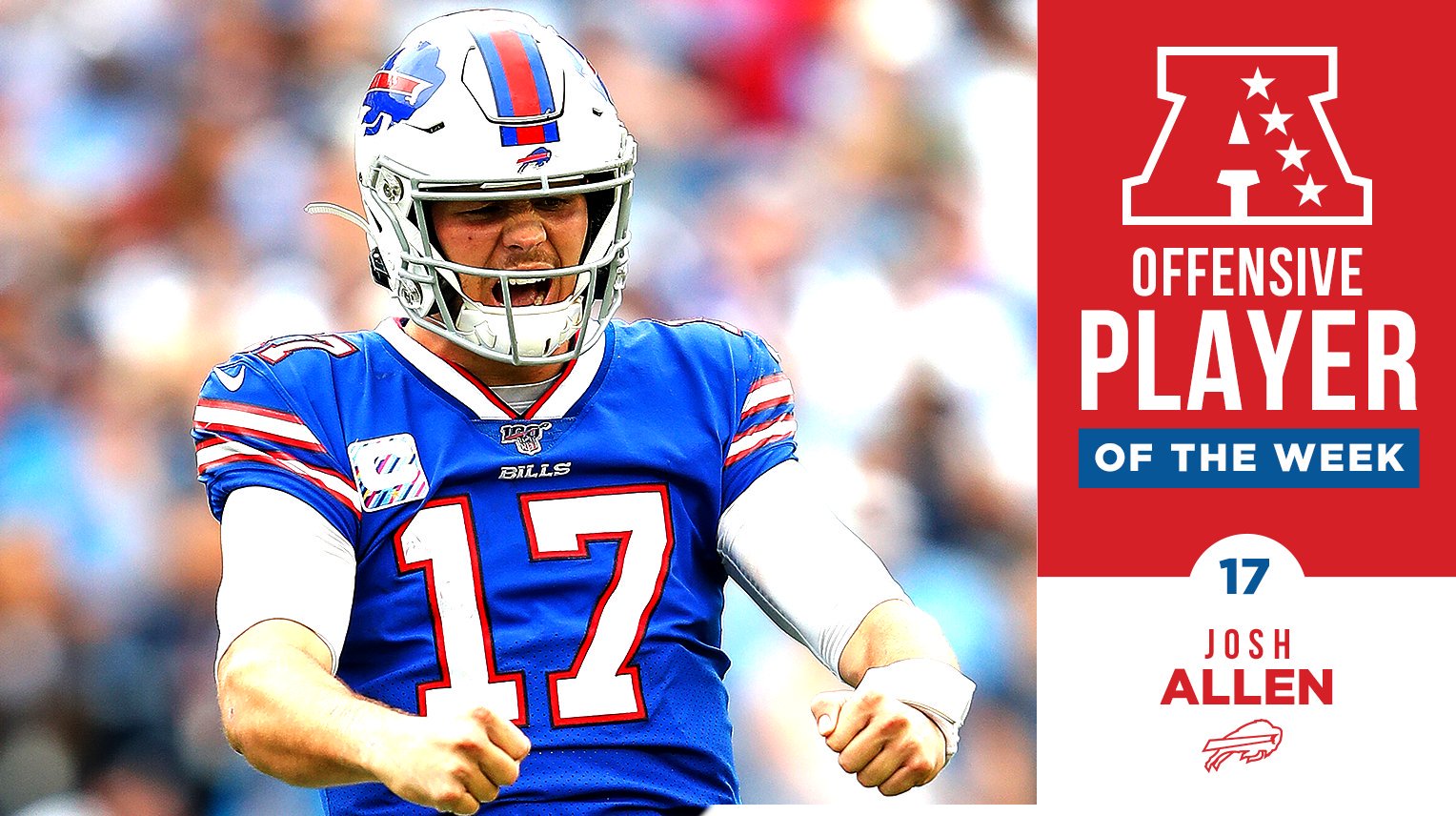 “It allowed us to make some checks at the line and get in some advantageous situations,” said Allen of their no huddle game plan. “I don’t know if that’s what we’re going to continue to do, but it worked for us last Sunday.”

Josh Allen has been named AFC Offensive Player of the Week by the @NFL for his Week 11 performance in the Bills 37-20 win over the Dolphins. pic.twitter.com/4Hdl21WcIB

Offensive Players of the Week (Week 11):