For awhile, this game followed the close, competitive form that was anticipated, especially with the Broncos playing better defensively than their won-loss record indicated.

In the end, however, the better team came out on top. 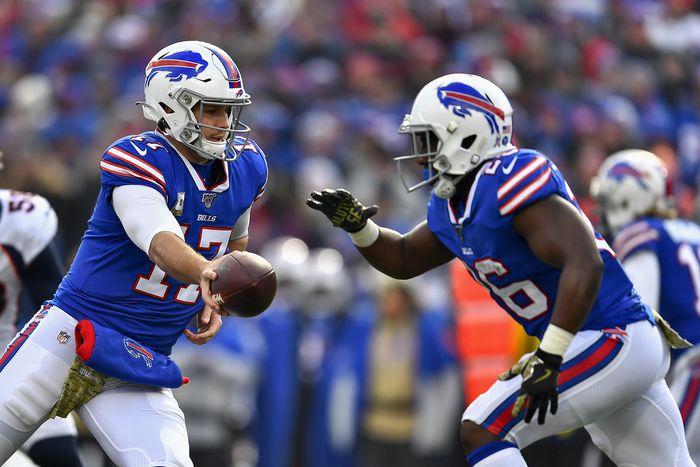 The Bills are 8-3 for the first time since 1996 and are in good shape in their pursuit of a playoff berth. With the likelihood of 10 victories needed to gain a wild-card spot, the Bills likely have to go at least 2-3 the rest of the way.

Ruling on the field is overturned and it's a touchdown.

Devin Singletary has crossed the 100-yard mark rushing for the first time in his career.

QB Josh Allen: “It’s an honor to be able to hand @FrankGore the football. He’s a person who doesn’t care about individual stats and always puts the team first.” pic.twitter.com/0nRkcI1kS6

Coach McDermott: “I’m going to grab something to eat, change my clothes and get right to work preparing for our Thanksgiving game. Dallas is a great team and they’re going to be a big challenge for us.” #BUFvsDAL pic.twitter.com/mf7Akx8aBP

It’s a great day to be a Buffalo Bill. pic.twitter.com/D3EcI0FaY5

This is spectacular #BillsMafia #Bills pic.twitter.com/beHiBr2mvs

The man of the hour, Frank Gore pic.twitter.com/sqMxuedwU1

Buffalo is coming off of a dominant 37-20 win over the Miami Dolphins. Second-year quarterback Josh Allen led the Bills to seven scoring drives on Sunday and finished the game with over 300 total yards and four touchdowns. Allen’s chemistry with John Brown was on display in the victory. Brown hauled in nine of 14 targets for 137 yards and two touchdowns against Miami.

Back at home and we're back in blue.#DENvsBUF | #GoBills pic.twitter.com/ujVFG3hK18