The Rochester Americans (10-3-1-2) fell behind 2-0 in the first five minutes of Saturday’s contest with the Utica Comets (10-6-0-0) at the Adirondack Bank Center before countering with four straight goals to earn a 4-3 victory and push their point streak to a season-long six games. The matchup was the third in four weeks between the two teams after splitting the first two games of the season series. 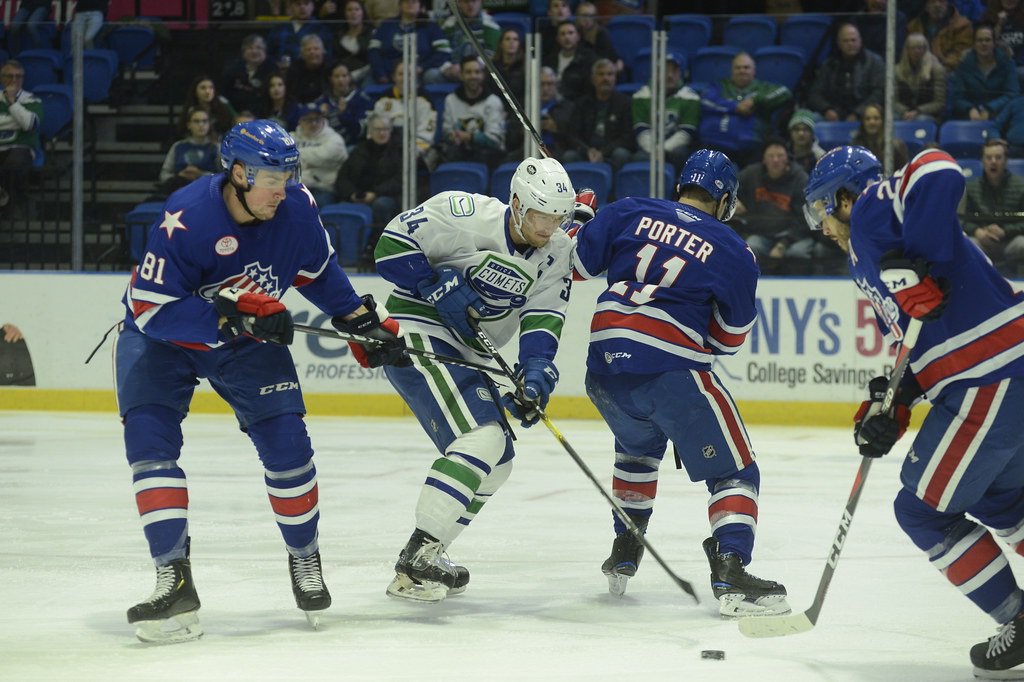 The win capped a perfect week for the Amerks, whose three straight wins have them sitting one point ahead of the Laval Rocket for the top spot in the AHL’s North Division standings. Additionally, Rochester has now earned 23 out of a possible 32 points through its first 16 games of the campaign and has picked up points in 11 of the last 13 contests overall, going 8-2-1-2 over that span.

Amerks rookie Brett Murray turned in his second two-assist game of the week to help the club to its third straight win while Andrew Oglevie, Sean Malone, Zach Redmond and Casey Nelson all found the back of the net. In his first appearance since shutting out the Comets back on Nov. 2, goaltender Andrew Hammond made 25 saves to improve to 6-1-1 on the season.

Tonight's @pepsi 3 stars in the #AmerksWin: