A little boy from Lyons is fighting for his life after a fire tore through his family’s home on Saturday.

First responders were called to the farmhouse on Route 14 after a hunter spotted flames coming from the home shortly before 10 a.m.

Everyone was able to make it out on their own – except Kayden Bennett.

Fire officials say the 4-year-old ran and hid after the fire started, and was unconscious when they found him in a closet.

“It’s a pretty tragic event to have such a little one in a critical stage with his health,” said Henninger.

Two children were airlifted from the scene of a large house fire along State Route 14 in Lyons.

Firefighters responded around 10 a.m. to the report of a house fire with people trapped.

A search and rescue effort began and within 25 minutes – a 4-year-old boy was located.

The 4-year-old is listed was listed in satisfactory condition at Strong Memorial Hospital. Meanwhile, his 10-year-old brother was treated for smoke inhalation.

Firefighters from the Clyde, Fairville, Newark, Wallington, Marbletown, Alton and Oaks Corners companies were among those that responded to the scene. It’s still unclear where exactly the fire started, but first responders believe it was likely on the first floor.

First responders say the house is a total loss. 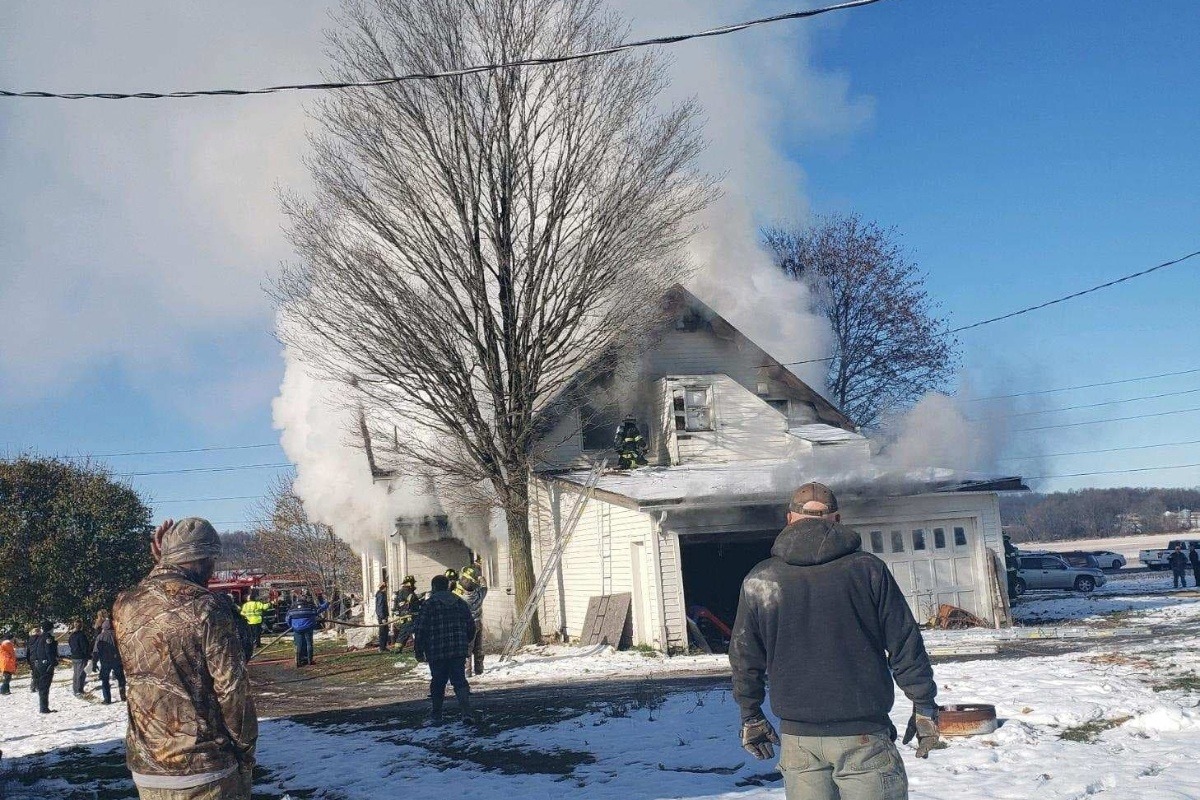 The fire remains under investigation, according to first responders.

A pair of fundraisers have been setup for the family at GoFuneMe here and on Facebook here.

Crews responded to a large structure fire at a home along State Route 14 in the town of Lyons on Saturday.

The fire was reported a little before 10 a.m., and prompted a significant response from local firefighters and a fleet of tankers.

Lyons, Clyde, Fairville, Newark, Oaks Corners, and Phelps were all called to the scene. Other departments came to the scene later, and also provided mutual aid.

The home sustained serious damage; and while crews were able to knock the fire down – they were not able to do so before insurmountable damage had been done.

Reports indicate that at least one person was seriously injured in the fire. However, that remains unconfirmed. A media briefing was slated for 3 p.m., according to WROC-TV.