Police have identified the person killed in an overnight shooting in the city of Auburn.

The Auburn Police Department said in a press release that 36-year-old Joshua Poole, of Auburn died in the shooting, which happened at 8 Delevan Street.

The shooting happened around 2:10 a.m. Authorities in Auburn are working together with multiple agencies and are following what they describe as ‘dozens’ of leads.

The Auburn Police Department is still asking for the public’s help as a homicide investigation continues following an overnight shooting that left one man dead.

The shooting happened during the early-morning hours on Friday – around 2:10 a.m. at 8 Delevan Street. Police said that one person was taken to the hospital, where he succumbed to injuries sustained in the shooting.

Very little information had been released through the day, and no suspect was officially in custody – but The Citizen reported that law enforcement responded to Holley Street during the evening hours – after a vehicle that had been subject of a “be on the lookout” alert was stopped.

They say one person was taken into custody. However, police had not identified that person; and did not indicate whether that person was involved in the shooting investigation.

The scene was nearby the Genesee Elementary School. Police said they fielded concerns from parents about sending their children to the school that day – but all indications were that students, staff, and neighbors nearby were not in any danger.

Anyone with information should call (315) 255-4726, email tips to [email protected] or send tips to the department through its Facebook page, facebook.com/auburnnypd.

Multiple agencies are working together as an active homicide investigation unfolds in the city of Auburn near an elementary school.

The scene has been described as 8 Delevan Street, and the shooting, which occurred around 2 a.m. left one man dead.

The victim, nor suspect have been identified. At this point, police say the suspect is not in custody. They described the investigation as ‘very fluid’.

Both New York State Police and the Cayuga County Sheriff’s Office are actively involved with the investigation, too.

Police said there is no imminent threat to the nearby Genesee Elementary School, but staff members have been notified. The school has a resource officer on-site.

“The Auburn Police Department is actively working a shooting investigation on Delevan St. We have received calls from concerned parents relative to the safety of their children heading to Genesee Elementary School. Please be advised that the Auburn Police Department does not perceive an active safety issue for any children walking to or attending the school today. We would ask parents to avoid the Delevan St area as this is still an active crime scene.”

This is a developing story, which will be updated as new information becomes available. Download the FingerLakes1.com App for Android and iOS for the latest breaking news alerts. 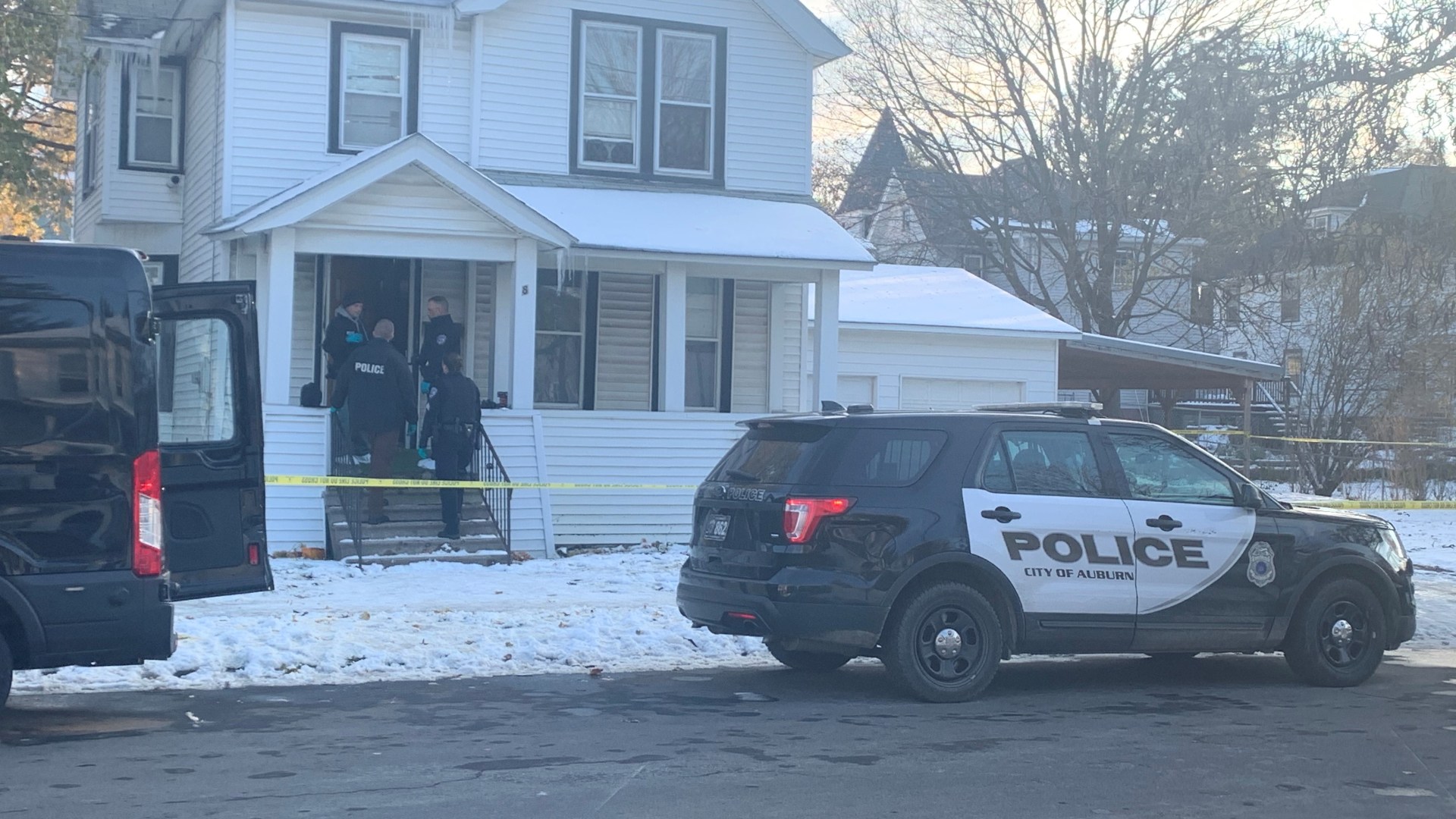