Syracuse extended the nation’s longest winning streak by one team over another as they knocked off Colgate 72-54 or their first win of the season. It was the 54th consecutive win for the Orange over the Raiders. Syracuse led by only six at the half, but used a 15-3 run to start the second half to put the game away.

Coming off of a 14 point loss to Virginia in the season opener in which they only scored 34 points, the lowest under Jim Boehiem, this was a much needed win against a good Colgate team that is predicted to win the Patriot League or the second straight season. 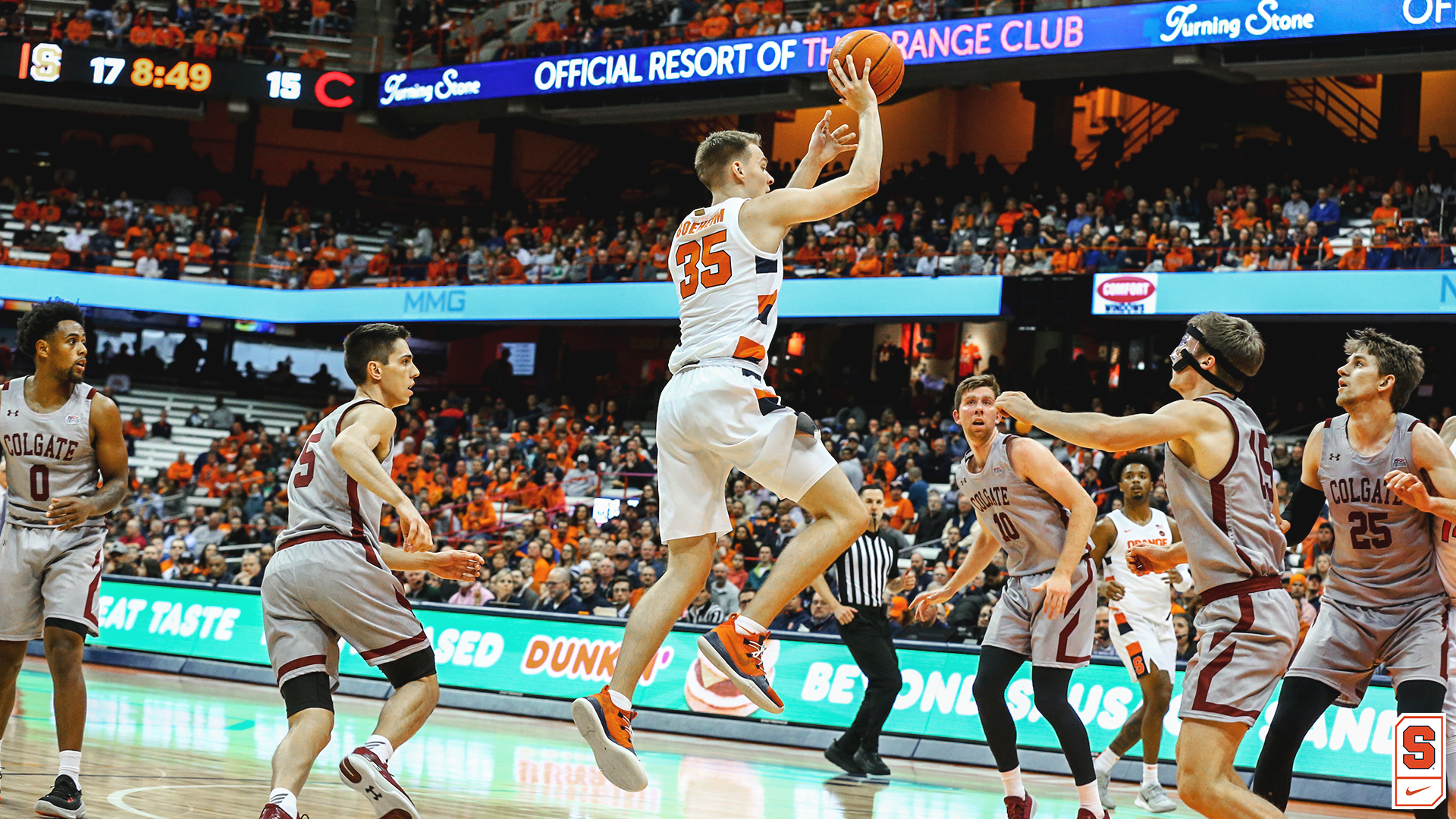 Orange cruise to the win. We're back in the Dome Saturday night against Seattle. pic.twitter.com/yGg1JUeefn

Syracuse hosts Colgate on Wednesday night in the 172nd all-time meeting between the two teams. Opening tip in the Carrier Dome is set for 7 p.m.

The game will be televised on the Regional Sports Network (RSN), including the YES Network. Click here for a complete list of affiliates carrying the game. The game will also be streamed on foxsportsgo.com (in market) and the ESPN Watch app (out of market).

SERIES HISTORY
Syracuse has faced Colgate more than any other opponent since the program began in 1900-01. The Orange lead the all-time series, 126-45. The Raiders’ last win against the ‘Cuse came in February 1962.