The deep ball question has been answered. Buffalo’s first touchdown was a 40-yard pass from Josh Allen to John Brown. The Dolphins hung with the Bills, but never took the lead.

Buffalo improved to 7-3 on Sunday with a 37-20 win over Miami. Josh Allen threw for 256 yards and three touchdowns and added 57 yards and another touchdown on the ground. 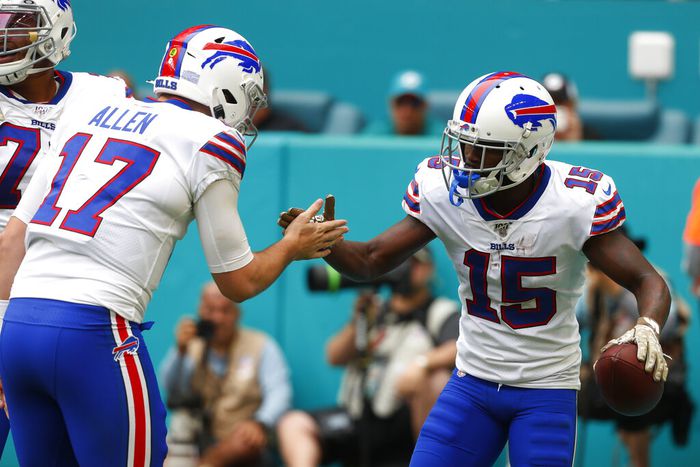 Sounds like a home game in Miami. ?#BillsMafia | #GoBills pic.twitter.com/SciZnxH2SP

Obligatory video of #BillsMafia celebration after a road game. pic.twitter.com/jjovCmIBzZ

"Great job coming out and hunting the W."#BUFvsMIA | #GoBills pic.twitter.com/jSf1YsC3dd

Six sacks on the day now, the most by the Bills since a seven sack day last season vs. Houston.

They just played a month ago, and they’ve had interesting games since then. But it would be overstatement to say the Bills and the Dolphins are headed in opposite directions.

Round two, the 112th all-time meeting between the Bills and the Dolphins, is set for Sunday.

#RoundingUpTheHerd: Tre'Davious White ranks in the top five of NFL defenders in: