The Syracuse Orange came into Saturday’s game against the Duke Blue Devils in desperate need of a win if they wanted to keep bowl hopes alive. Thankfully, they got one in resounding fashion, 49-6 down in Durham. They move to 4-6 (1-5) on the year. 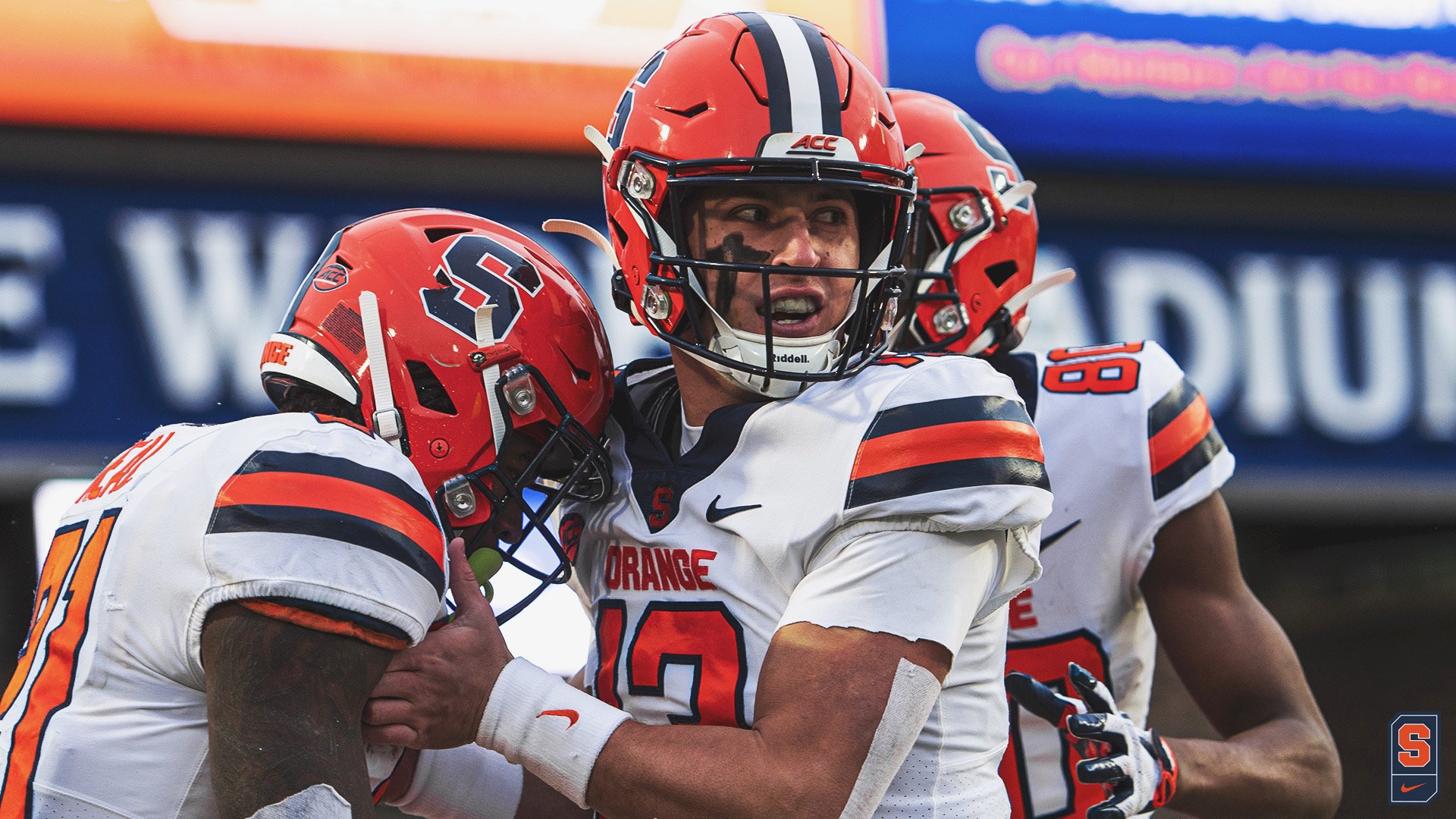 The win gives Syracuse head coach Dino Babers a victory in his 100th career game as a collegiate head coach.

How bout that defense. pic.twitter.com/5zmpUyZ68k

The last time the Orange played a football game at Duke the year was 1939 and Franklin Delano Roosevelt was president.

Much has changed since then and Syracuse (3-6, 0-5 ACC) looks to put its best foot forward when it returns to Durham, North Carolina for the first time in 80 years to face the Blue Devils (4-5, 2-3 ACC) on Saturday at Wallace Wade Stadium. Both sides have struggled of late. The Orange have lost four in a row, while Duke has dropped its last three.

Head coach Dino Babers knows if the Orange are to make a run at a second consecutive bowl berth they must be focused on the task at hand.

“We’re not looking further than anything other than trying to play a lot better than what we have been against Duke this week,” head coach Dino Babers said during his Monday press conference.

Run the 2-minute drill with @TommyDeVito007 and @BrianHigginsSU ahead of Saturday's game at Duke. pic.twitter.com/I4kTQnerfX

Eyes ahead to Saturday pic.twitter.com/Nt7AfcAy2g