Meteorologists say it stayed a little warmer than expected for a longer period of time on Veterans Day, which set the stage for mixed precipitation and lighter snowfall totals in the central parts of the Finger Lakes.

Communities in Ontario, Yates, and Seneca counties, which were in a Winter Storm Warning throughout the Veterans Day Storm did not see a complete transition to snow until the overnight hours. This kept snowfall totals generally below the initially-forecasted 6-10 inch range.

Locations further west in the region – and parts of Western New York – saw the most-significant snowfall totals with this particular event. Some locations, because of that slight change in track, which allowed parts of the Finger Lakes to see less snow – actually received more than forecasted.

We will update this story with official snowfall totals from the National Weather Service as they’re reported later this morning. For the latest forecast information – check out the resources below – or visit the FingerLakes1.com Weather Center.


Let us know how much snow you’ve seen where you are by clicking here. You can also use the form below.

I think we all feel like burying our heads this morning. #ROC pic.twitter.com/7kB0ikdOko

Can they see me? pic.twitter.com/FP3KfUWOKF

One of these photos will be you this morning. Ryan Corl, 12, clears snow from the sidewalk on Rhinecliffe Dr. in Brighton while his father, John, cleans it off the car. @DandC pic.twitter.com/RI8iW8tY3j

This will take a minute!! pic.twitter.com/CkLaZ9ZCok

490 in greater Victor @news10nbc were live here by the thruway at 6am pic.twitter.com/SEef0ZLHtF

Pretty calm out there. But, that weird, crusty layer of ice is not appreciated. That’s what the plows are lifting up and exposing. Take it easy this morning out there #Roc and #FLX. pic.twitter.com/bTAd9J5ChH

Not everyone hates the snow pic.twitter.com/jbhrwx9Wiu

Jogging in the snow. Nope not for me, thanks though 😳❄️👋 pic.twitter.com/eMC6BIgNeh

I will take this over hurricanes or tornadoes or wildfires any day pic.twitter.com/AyJJNGCG2n

Remember to give plows extra room! They’re out to make sure your commute is clear and safe. @CNYCentral pic.twitter.com/ohmVTgysGy

Photos from around the FLX

Photo by Tracey Bolton in Sodus, Wayne Co. as someone attempts to surf on Lake Ontario during the storm. 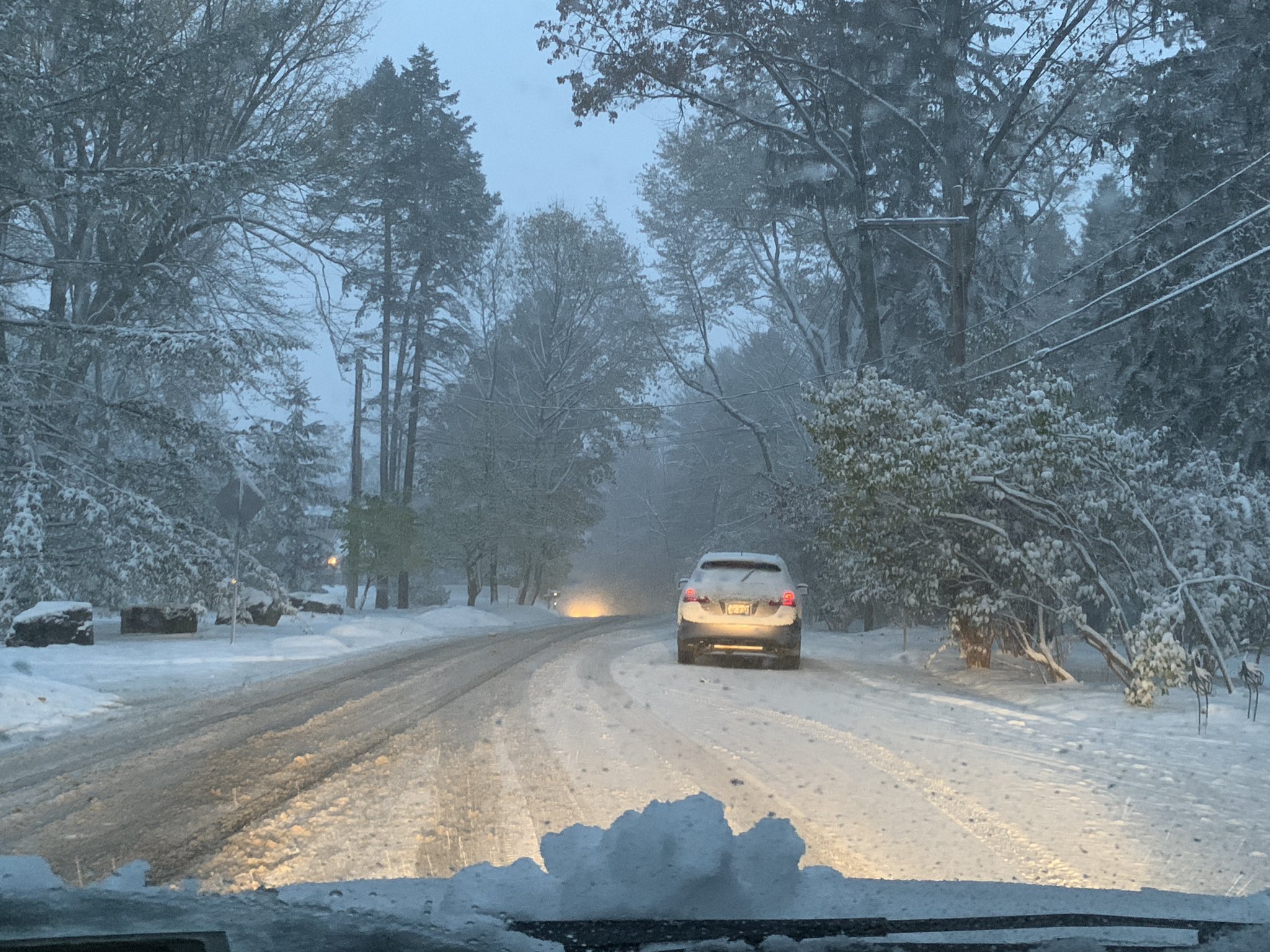