Saturday morning’s early Section III 8-man championship between Weedsport and West Canada Valley kicked off with some exciting back-and-forth action before Weedsport pulled away with some big plays in the second quarter. The Warriors won their second consecutive sectional championship, 68-44, at the Carrier Dome. 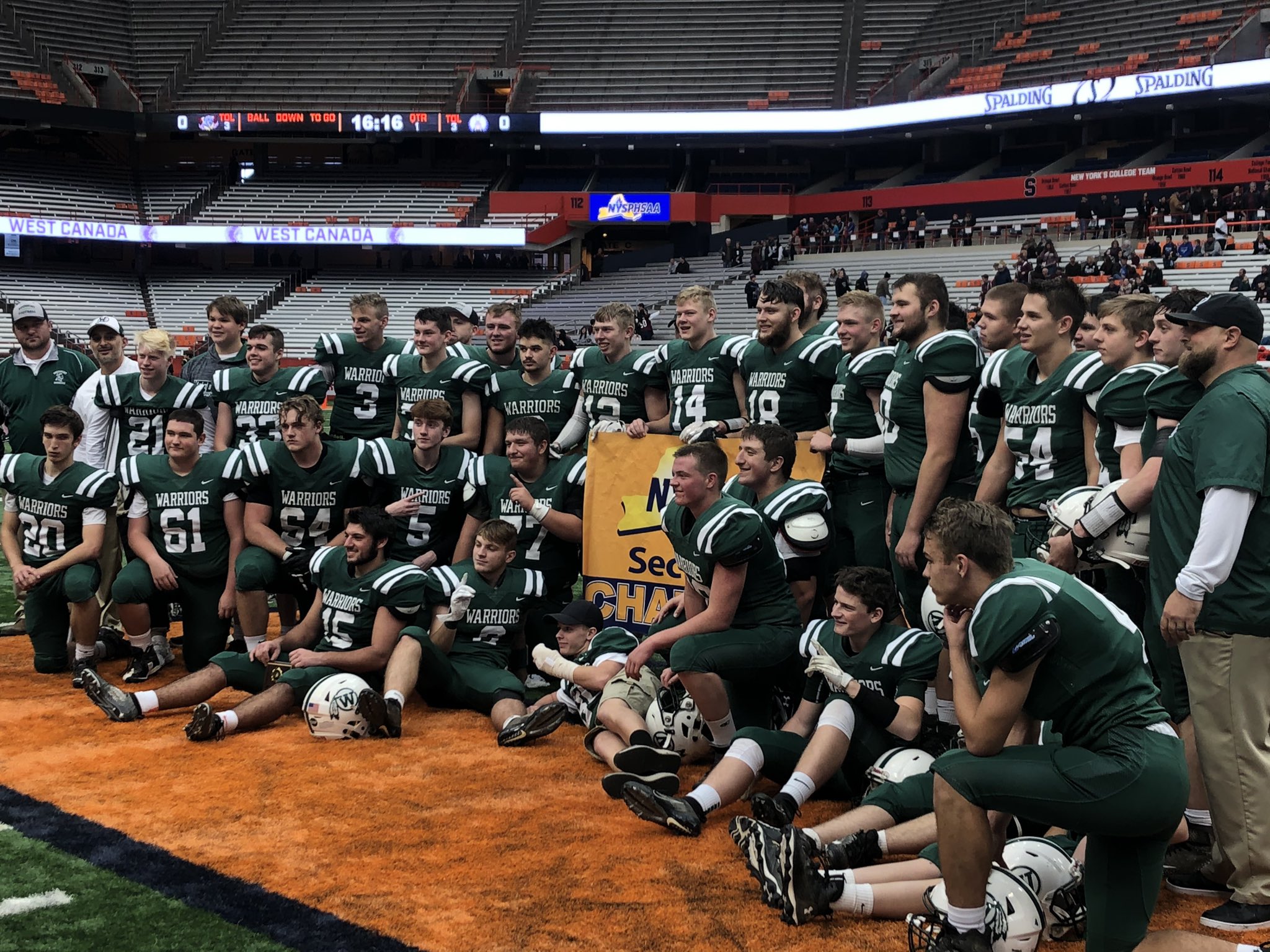 The first quarter was highlighted by a 91-yard kickoff return by West Canada Valley senior Logan Valerio. After one quarter, the game was tied at 14, and looked like it might remain close for the rest of the day.

Once the second quarter began, however, the momentum shifted quickly to the Warriors. The Weedsport defense made some big stops and turned the ball over to an efficient offense, led by the Mabbett triplets: quarterback Owen and running backs Connor and Aidan. With a 60-yard touchdown run by Hunter Morgan, the Warriors took a 20-14 lead, a lead that was never relinquished.