Amerks unable to hold lead in shootout loss to Devils

Despite building a pair of leads, including a two-goal cushion in the first period, the Rochester Americans (7-3-1-2) were unable to stay in front as the Binghamton Devils (5-7-2-0) scored late in the third period before ultimately stealing a 4-3 win in the shootout Friday night at The Blue Cross Arena.

While appearing in their sixth game beyond regulation this season, the Amerks have earned 17 out of a possible 26 points through their first 13 games of the campaign. Additionally, Rochester has picked up points in eight of its last 10 games overall. 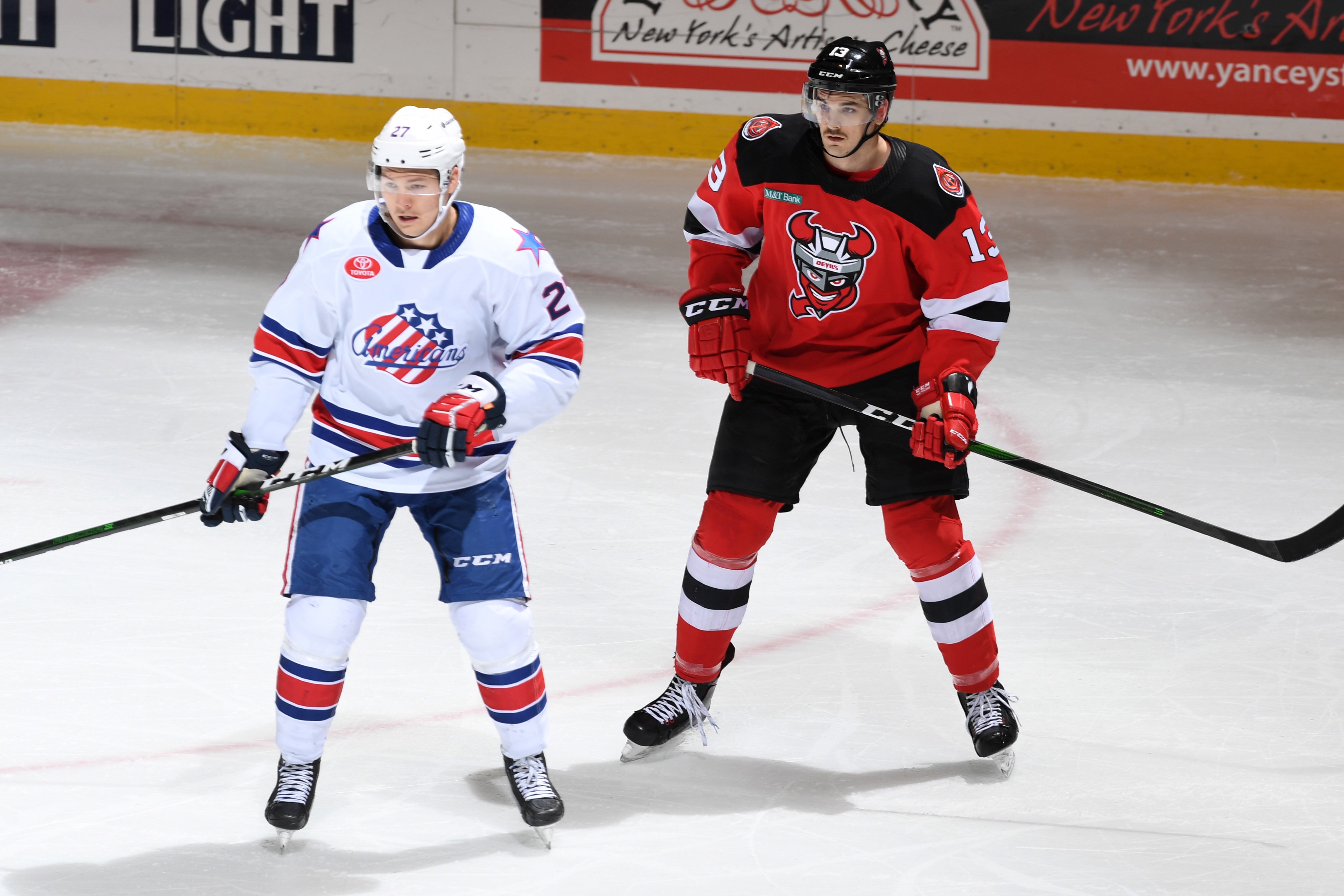 Forward Tage Thompson scored his team-leading sixth goal of the season while Curtis Lazar and Eric Cornel tallied their fourth and first goals, respectively. Goaltender Jonas Johansson (2-2-2) stopped 25 shots, plus three of four attempts in the skills competition, but suffered the overtime loss.

Brett Seney notched a season-high three points (2+1) while Ben Street also registered a multi-point game with two assists in addition to the shootout-clincher to give Binghamton its second straight win. Joey Anderson completed the scoring with his third of the campaign while rookie netminder Gilles Senn made 28 saves to improve to 3-2-1.