The Buffalo Bills had their chances to recover from a bad start against the Cleveland Browns, but kicker Stephen Hauschka missed a 53-yard field goal in the final minute to tie the game. Buffalo lost 19-16, dropping their first game on the road this season.

The Bills defense kept them in this game for as long as it could before finally crumbling at the end when the Browns went 82 yards in 10 plays, ending with a 7-yard Baker Mayfield touchdown pass to Rashard Higgins. 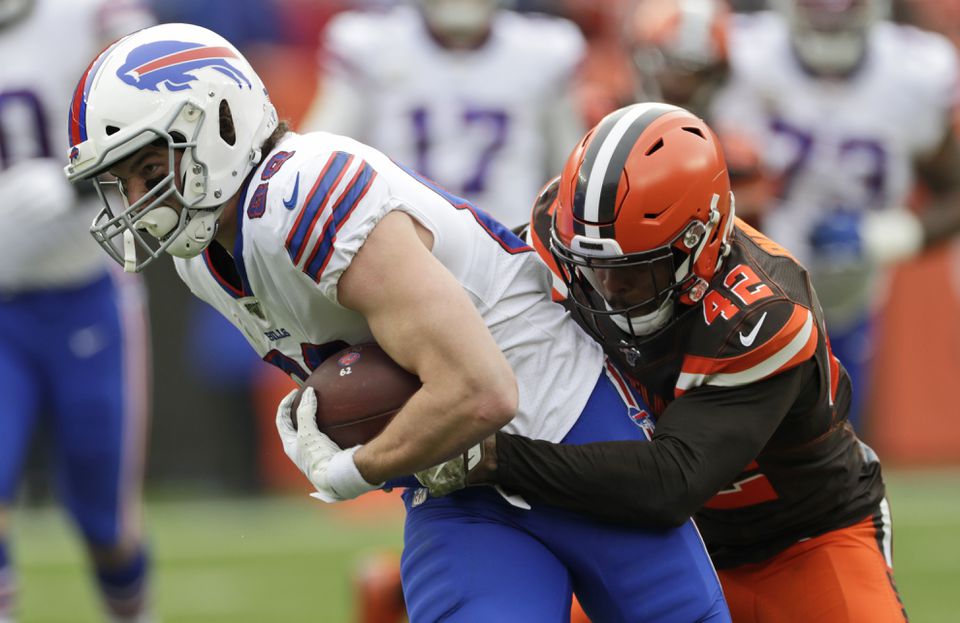 20 minutes before kickoff in Cleveland and a ton of #Bills fans have already invaded the stadium #BillsMafia #NFL pic.twitter.com/NjyzppbPlp

It’s time for the Bills to hit the road, after three straight games at home. The Bills will look to win their fourth consecutive road game to start the season for the first time since 1965.

Their opponent this week will be the Cleveland Browns who are returning for their first home game in three weeks.

The Browns were among the Super Bowl favorites in the AFC leading up to the start of the 2019 season. Through nine weeks, Cleveland looks nothing like a contender with a 2-6 record.

Heading to Cleveland in white on blue. ?

With 4+ catches and 50+ receiving yards on Sunday, John Brown can become the first Bill in team history with nine straight such games.

Brown has racked up 603 receiving yards, which ranks as the second-most in team history by a Bill in their eight games with the club.