It was a familiar sight at Citi Field on Monday, with Carlos Beltrán slipping back into his Mets No. 15 jersey as the team introduced him as its new manager.

“I just can’t wait to rewrite our story being manager of the New York Mets,” said Beltrán, who admitted to being “a little bit overwhelmed,” but also excited for the opportunity. 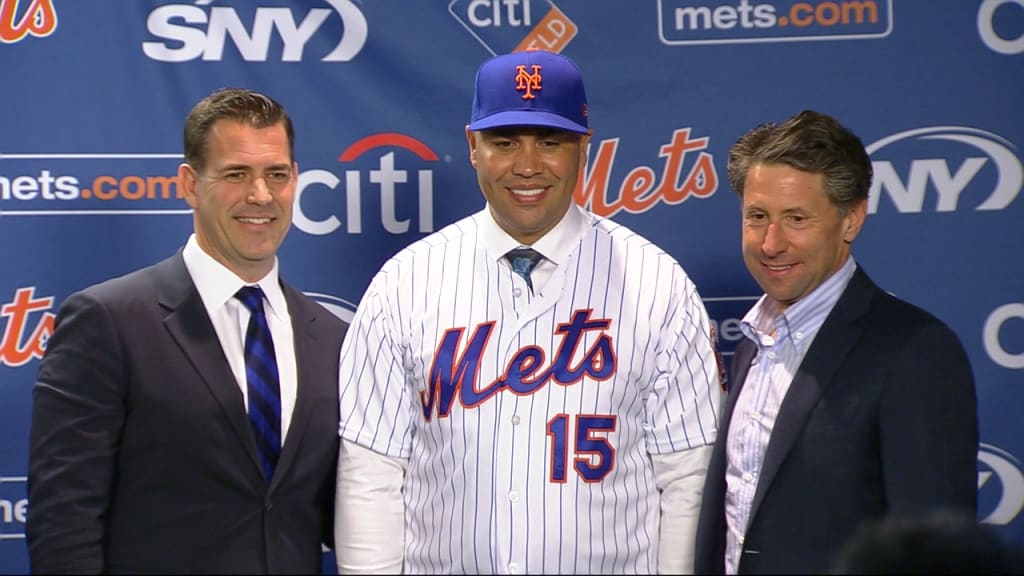 The Mets announced the hiring of Beltrán as their new skipper Friday, concluding a lengthy hiring process that included at least three rounds of interviews. The move brought Beltrán back to the organization he played for from 2005-11, making five All-Star teams in that span.