The Syracuse Crunch took down the Binghamton Devils, 3-2, tonight at the War Memorial Arena.

After going down by one, Chris Mueller, Alex Barre-Boulet and Otto Somppi each tallied a power-play marker in the first period to build a two-goal lead. The Devils added one more in the second period, but it was not enough as the Crunch held them to take the victory. The win moves the Crunch to 5-2-2-0 on the season.

Scott Wedgewood stopped 25-of-27 shots between the pipes for the Crunch. Louis Domingue turned aside 27-of-30 shots in net for the Devils. Syracuse converted on 3-of-6 power-play opportunities and successfully killed all seven of Binghamton’s man-advantages. 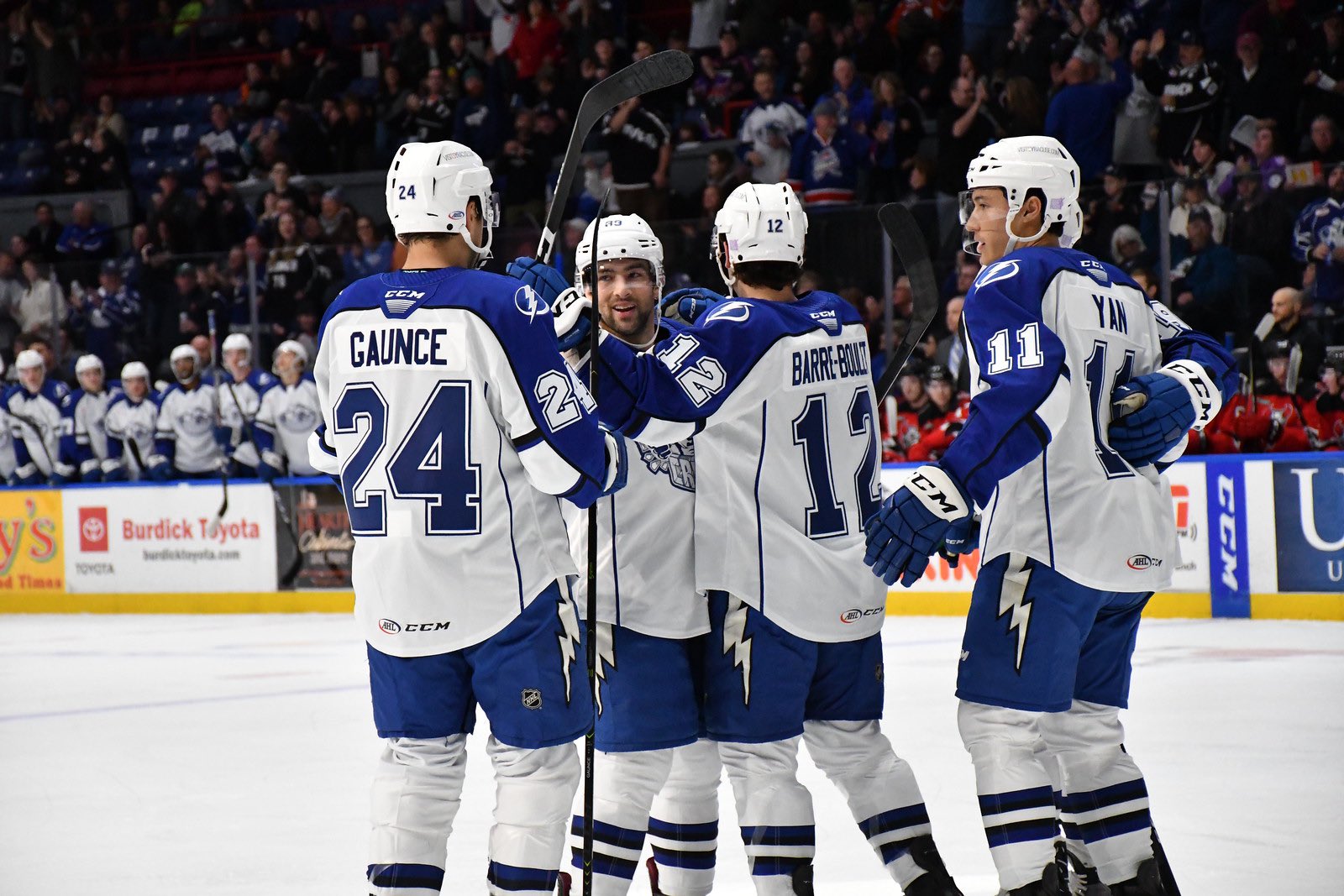 The Devils got on the board at the 5:31 mark of the first period. Egor Sharangovich dropped a pass for Fabian Zetterlund to slide past Wedgewood from the slot.

The Crunch responded with three consecutive power-play goals within five minutes. At 6:17, Alex Barre-Boulet sent a centering feed from the left wing for Chris Mueller to tip in. Just over one minute later, Conacher sent the puck across the zone for Barre-Boulet to one-time past Domingue from the right circle. Cameron Gaunce earned a point for the secondary assist.