Olofsson named NHL Rookie of the Month for October

Buffalo Sabres right wing Victor Olofsson, who led all rookies with 6-4-10 and six power-play goals in 13 games, has been named the NHL’s “Rookie of the Month” for October. 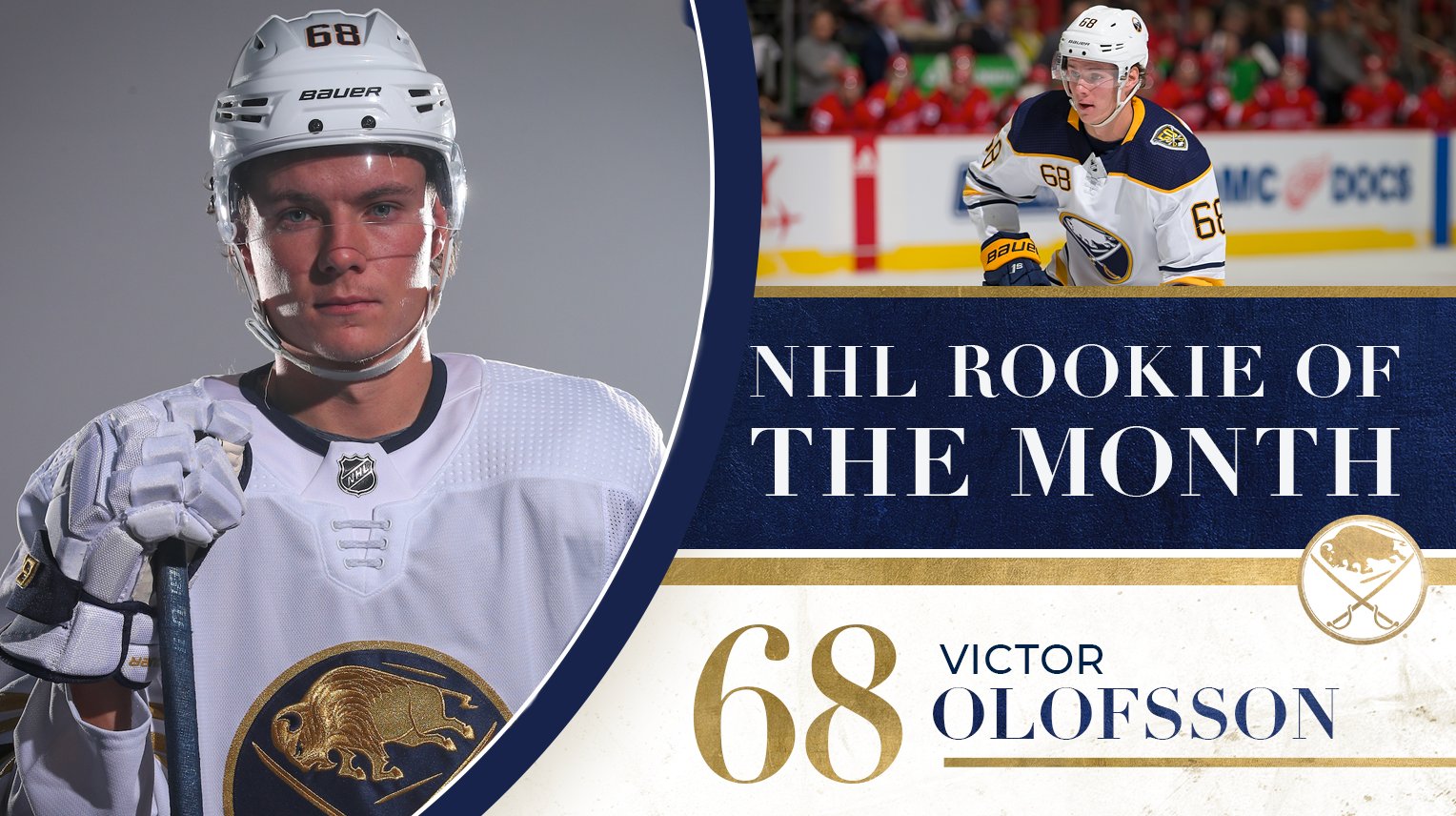 Olofsson – who made his NHL debut March 28 and scored each of his first two goals in 2018-19 via the power play (2-2-4 in 6 GP) – continued his dominance on special teams, also registering all six of his October goals on the man-advantage. In doing so, he became the first player in League history to record each of his first eight career goals via the power play (since 1933-34), breaking the previous mark of six shared by Jeff Norton (w/ NYI), Craig Norwich (w/ WIN) and Sylvain Turgeon (w/ HFD).

Victor Olofsson of the @BuffaloSabres, who led all rookies with 6-4—10 and six power-play goals in 13 GP, has been named the NHL’s “Rookie of the Month” for October. https://t.co/vj5s2XSwBW pic.twitter.com/nBTB7yVohk