The Rochester Americans (5-3-1-1) scored three times in the period to close the gap, including twice in the opening minute, but ultimately saw their comeback fall just short in a 4-3 loss to the Providence Bruins (6-3-0-2) Wednesday night at The Blue Cross Arena.

Despite the regulation loss, Rochester’s first on home ice this season, the Amerks closed out the month of October having earned 12 out of a possible 20 points through their first 10 games of the season. Coming into tonight’s matchup, the club collected points in five of its last six games overall. 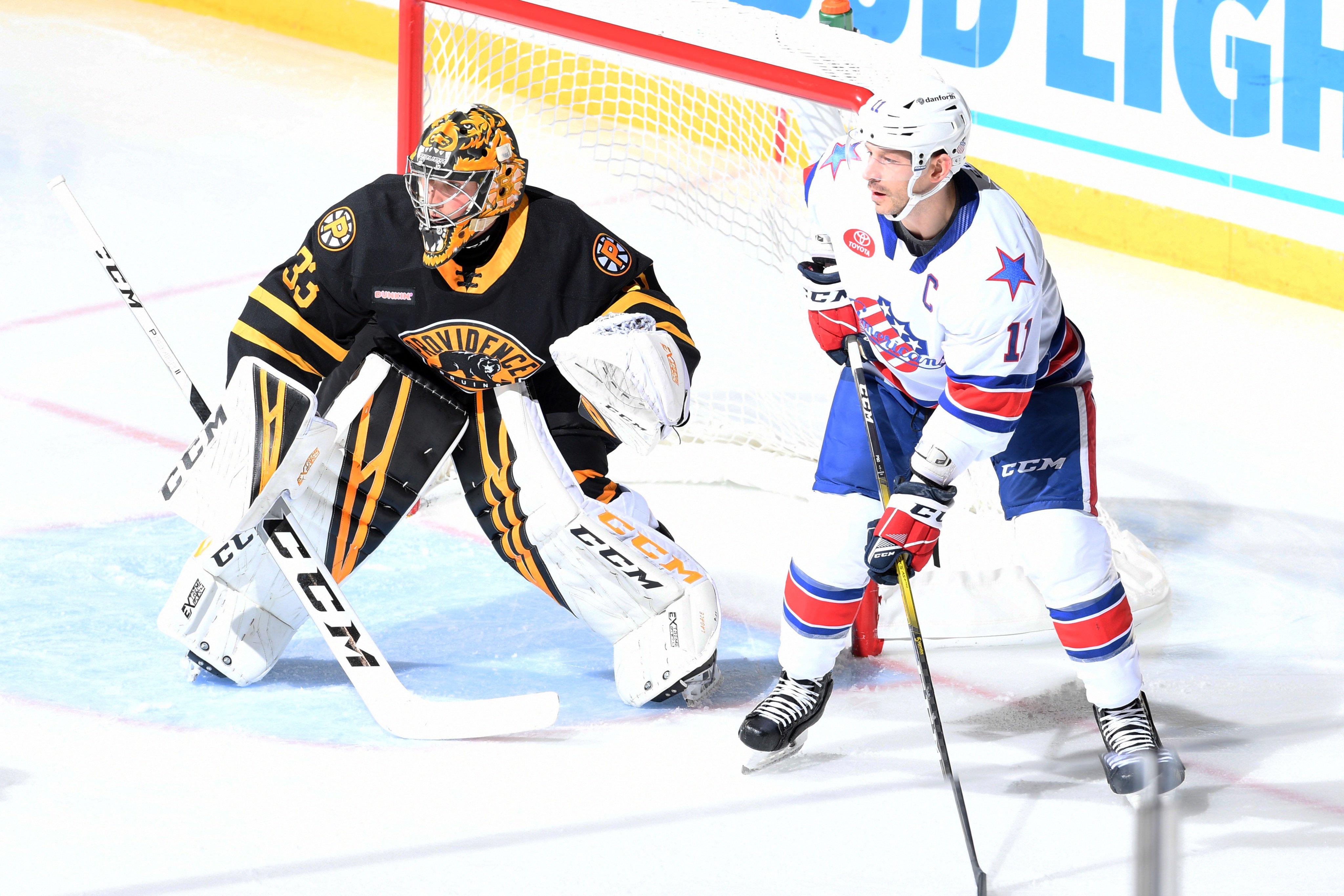 Forward Kevin Porter notched his first multi-point game of the season with a goal and an assist while C.J. Smith and Sean Malone each scored their third goals of the campaign. Goaltender Jonas Johansson (2-2-1) made his fourth straight appearance in the crease but suffered the loss as he stopped 22 of 26 shots he faced.

Alex Petrovic and Peter Cehlarik registered a pair of assists for Providence, which improved to 9-1-0-0 in the last 10 meetings against the Amerks over the last five seasons. Zach Senyshyn, Robert Lantosi, Jack Studnicka and Paul Carey all found the back of the net while netminder Max Lagace pushed his record to 4-1-1 as he made 32 saves.

Malone gets a little present from the birthday boy tonight! ?#UnitedWeROC pic.twitter.com/M5CjBCPccm

Kevin Porter gets the Amerks back to within one. Murray with the work behind the net, found Ports in front. Providence leads 4-3. pic.twitter.com/rmlfKUXz5E