For the fourth time in six home games, 60 minutes wasn’t enough for the Buffalo Sabres. Buffalo was able to win the first three in either overtime or the shootout, but on Monday night at KeyBank Center, the Arizona Coyotes came away with two points.

The Sabres fell 3-2 in the shootout to Arizona and are now 5-0-1 on home ice to start the season.

Captain Jack Eichel, celebrating his 23rd birthday, scored while Jeff Skinner recorded a goal and an assist. Carter Hutton made 42 saves in net.

Even with the loss, the Sabres ended up with one of their most successful Octobers in team history. 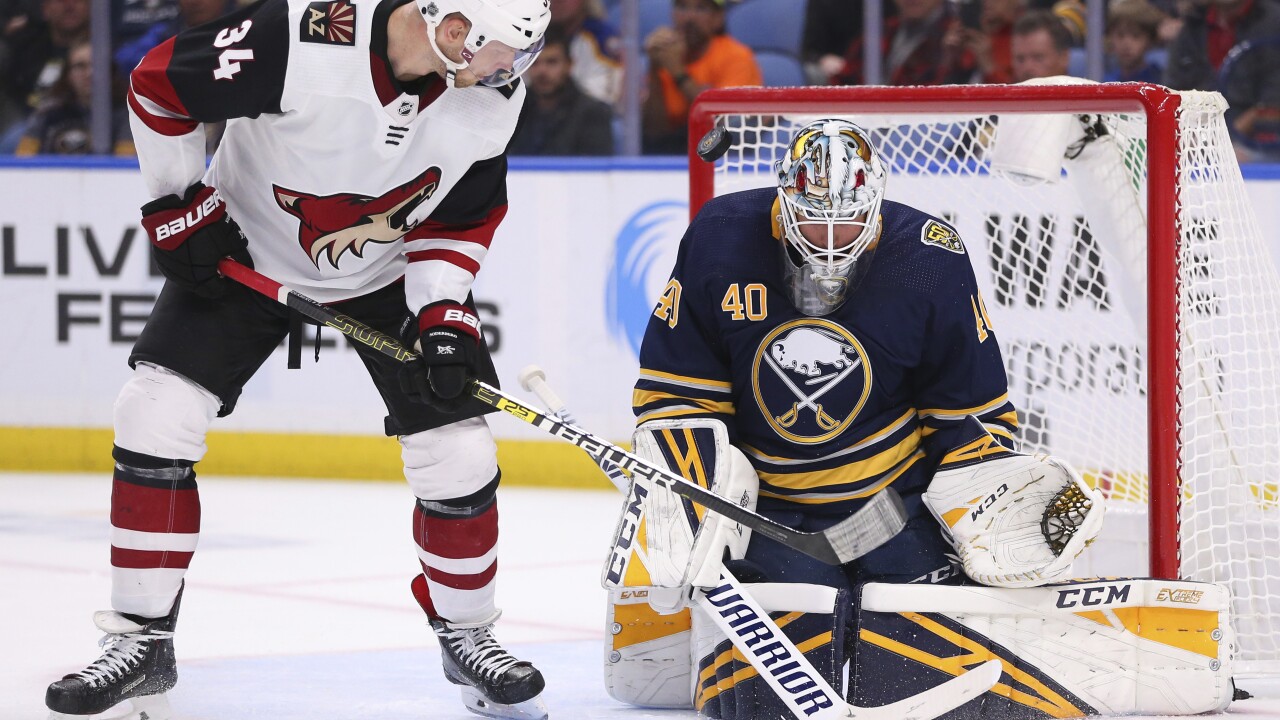 Buffalo got on the board right away on the strength of its power play. At the 3:31 mark of the first period, and 3 seconds into Buffalo’s first man advantage, Eichel netted a wrist shot top corner for his seventh goal of the year.

The goal moved Eichel into a tie for the NHL lead with nine power-play points this season (4+5).

Eichel has totaled 12 points (4+8) in nine career games against Arizona, including six points (2+4) in five home games. It’s his second-best per-game output against any opponent, trailing only his 19 points in 13 career meetings with the Ottawa Senators.

It's your birthday, you can score if you want to! ?#Sabres50 | @JackEichel15 pic.twitter.com/XPtVt3RyY0