Amerks fall in overtime to Thunderbirds, 2-1

Despite a season-high of 50 shots on goal, including 26 in the first period, the Rochester Americans (5-2-1-1) suffered their first overtime loss of the season to the Springfield Thunderbirds (6-4-0-0) at the MassMutual Center on Sunday night.

By earning a point in the 2-1 overtime loss, the Amerks have earned 12 out of a possible 18 points throughout their first nine games of the season. Tonight was just the 10th all-time meeting between the two clubs, with Rochester claiming six of the last eight get-togethers. 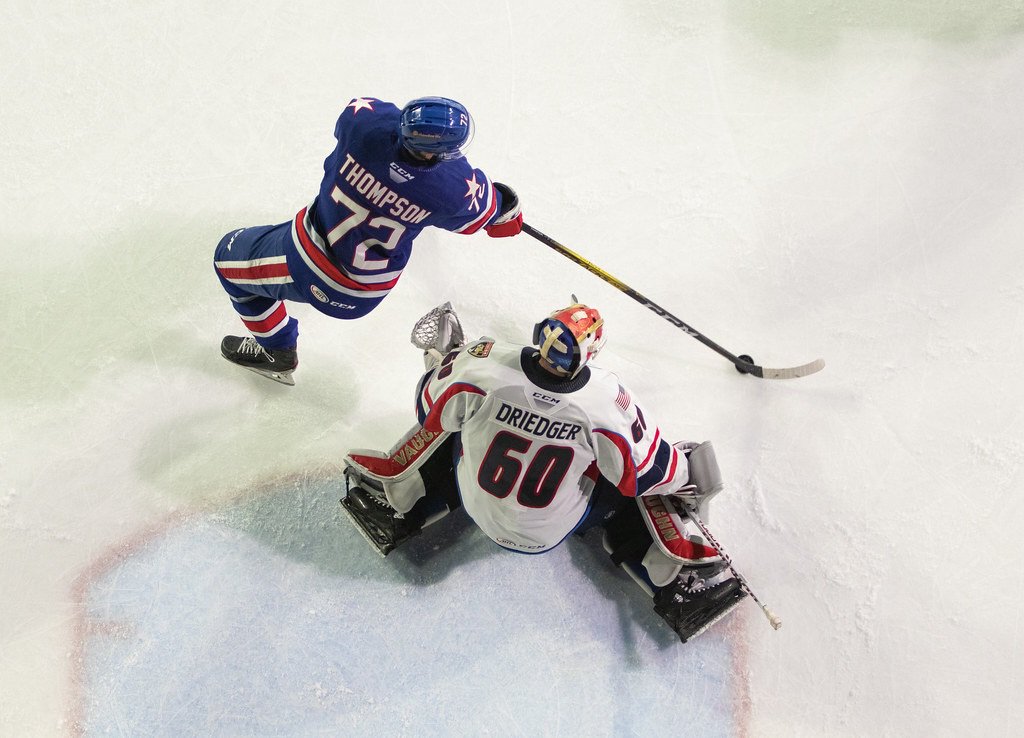 Amerks forward Tage Thompson scored his fourth goal of the season at the start of the second period, while Rasmus Asplund and Sean Malone each tallied an assist. Goaltender Jonas Johansson (2-1-1) stopped 35 of the 37 shots he faced in his third straight appearance.

Springfield’s Paul Thompson provided the marker that sent the tilt into overtime with his second of the campaign, before Henrik Borgstrom capitalized on a power-play goal in the extra frame to give the Thunderbirds their fourth straight victory. Netminder Chris Driedger(3-3-0) got the win while making a career-high 49 saves.

This is Thompson's FOURTH goal this season! ? pic.twitter.com/PDqLSylbrY