‘NO TIMETABLE FOR REPAIRS’: State says Seneca Falls on the hook for Bayard St. culvert repairs

There has been new developments in the ongoing issues with a portion of W. Bayard St., which caused closure of the roadway. 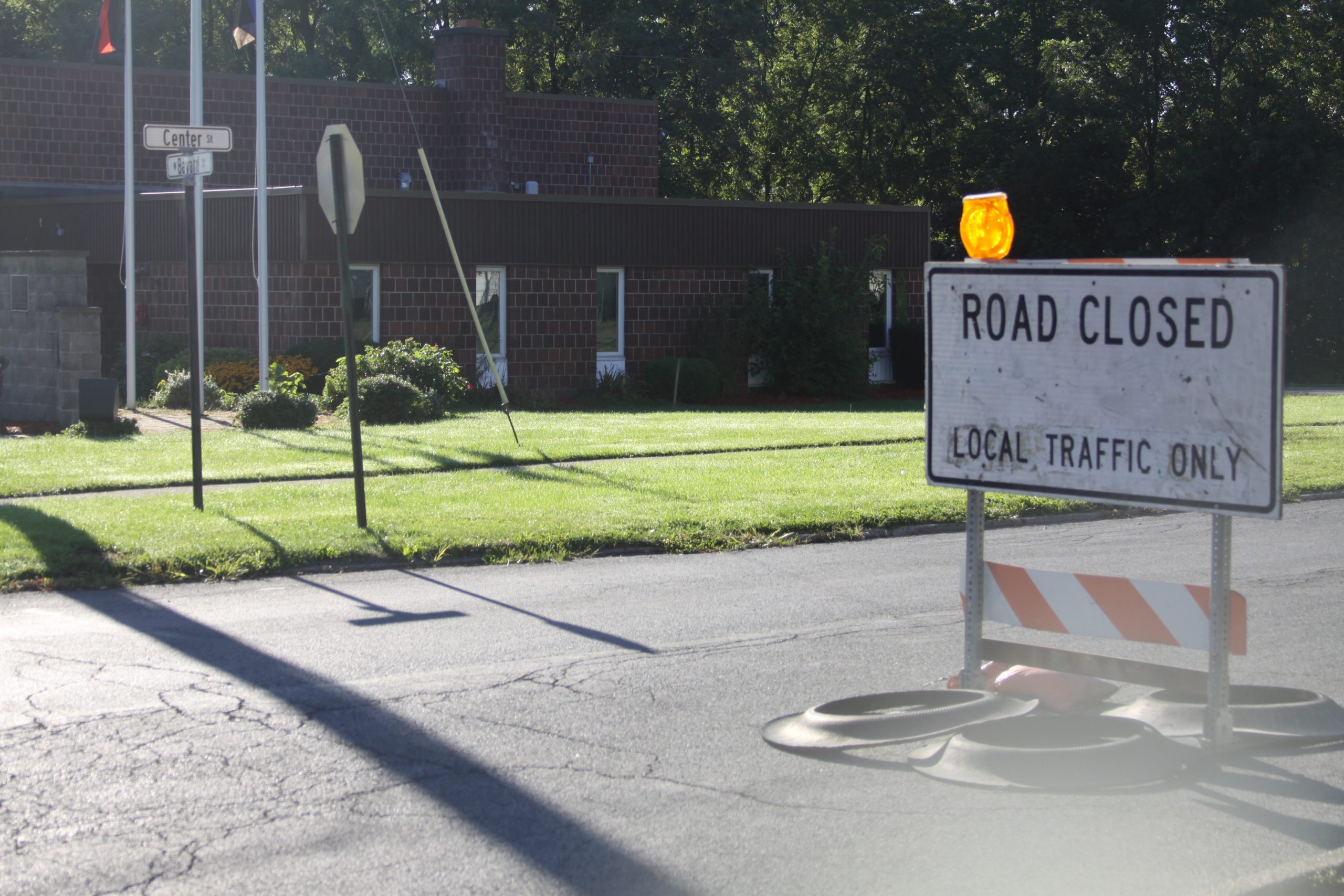 “On October 21st, the New York State Canal Corporation sent a letter to Town Supervisor Greg Lazzaro asserting that the failing culvert underneath West Bayard Street is the property of the town, not the state,” Avery explained.

He says that because of this assertion – repairs to the culvert are the responsibility of the Town, not any state authority.

“It is the intention of the Town of Seneca Falls to contest the State’s assertion,” Avery added. “Discussions have begun with appropriate state agencies. We appreciate the public’s patience. As of now, there is no timetable for when repairs will begin or when traffic can resume.”

The road was initially closed after inspectors with the state identified critical issues with the culvert under W. Bayard St.

Further explaining the situation as it stands now, Councilman Avery said the Canal Corporation “is trying to wash their hands of all responsibility and drop it in the town’s lap.”

He says that it raises a number of concerns from the Town’s perspective. “It means the Canal Corporation has not been doing any planning in the time since they first ordered W. Bayard St. be closed,” he explained. “Basically, nothing has been done in all this time, no work will be done this fall; and by the time we settle the ownership issue, it will be too late to actually start work.”

If that ownership issue does not end favorably for the Town – things could get even more prolonged and complicated.

“We will have to begin by working with our legislators to try to get some help. All this is going to take time. We have already talked informally about the possibility of getting W. Bayard St. open to at least car traffic, but we have no idea if that will be possible,” Avery continued.

He says that Senator Pam Helming (R-Canandaigua) has already been contacted about the issue. Assemblyman Minority Leader Brian Kolb (R-Canandaigua) would be next on the list to be contacted, Avery says.

“The Town is focusing right now on going through our many maps, deeds, etc., to prepare for negotiations,” Avery added. “At the same time, our engineering firm is beginning to formulate a plan in case the culvert does prove to be our responsibility.”

As for the state’s role in a fix – absent the ownership issue – there’s more uncertainty. “I’m not sure of is whether the state would be involved if the town accedes ownership. They may well still be involved in some fashion, although the financial responsibility would fall to the town,” Avery added.

The bottom line is that this is going to be a long, drawn out process no matter what steps are taken next.

“This is a real setback and incredibly frustrating,” Avery said. “I think everyone who uses W. Bayard assumed the state would begin real work as soon as the canal could be drained after boating season. Obviously, that’s not going to be the case.”

He serves as News Director of FingerLakes1.com. He hosts Inside the FLX and Sunday Conversation available on Spotify, Apple Podcasts, YouTube, Tune-In, and Anchor. Send story ideas, questions, and comments to [email protected].