He was the spark the Bills needed to turn the game around with his interception at the goal line of a game in which Buffalo trailed winless Miami 14-9 late in the third quarter. Tre’Davious White then followed that up with a forced fumble deep in Dolphins territory midway through the fourth quarter that led to another touchdown for Buffalo in what wound up being a 10-point win.

White’s Week 7 performance was rewarded by the league Wednesday as Buffalo’s top cornerback was named the AFC Defensive Player of the Week. 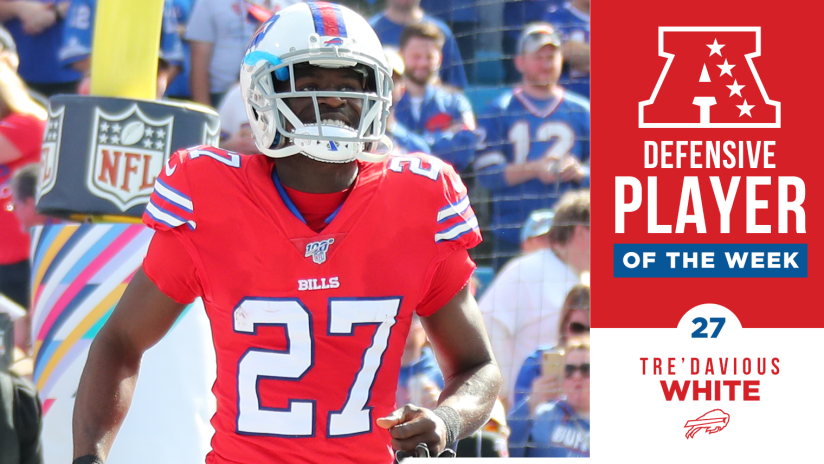 “We just pride ourselves on taking the ball away and getting teams to settle for field goals,” said White. “We made the key plays when the team needed them. That’s what we did.”

White’s two takeaways turned a five-point Bills deficit into a 10-point lead, as Buffalo’s offense turned the two turnovers into 15 points with a pair of touchdowns, a two-point conversion and an extra point.