According to The Athletic’s Blake Murphy, Ennis was signed by the Raptors and immediately waived so he can become an affiliate player for the Raptors 905. 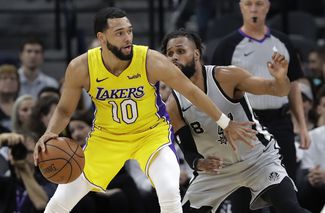 Affiliate players are allocated to the organization’s G League team while remaining free agents for any NBA team to sign.

Ennis signed a two-year contract with Turkish Basketball Super League club Fenerbahce last year, but suffered a broken tibia in his fifth game with the team.