The Sabres are heading back to Buffalo with another winning streak.

Zemgus Girgensons capped a wild third period Saturday night with a goal at 12:15 and the Sabres held on to beat the San Jose Sharks, 4-3, inside SAP Center. Buffalo (7-1-1) won its final two games on the West Coast road trip and is again tied for first place in the National Hockey League with 15 points. 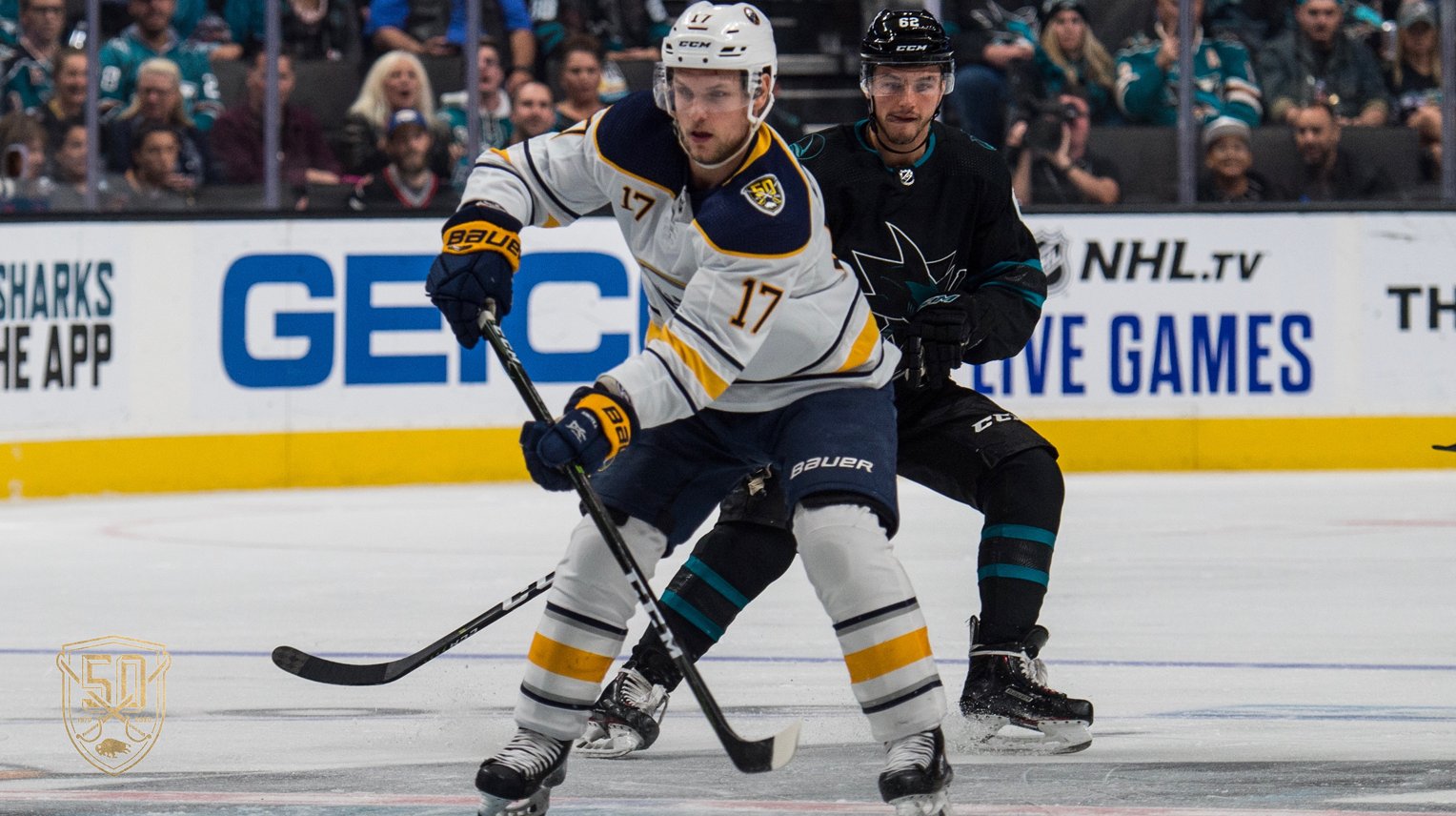 Zemgus Girgensons scored the winning goal with 7:45 remaining in a back-and-forth third period as the Sabres earned a 4-3 victory over the San Jose Sharks to conclude their California road trip on Saturday at SAP Center.

Linus Ullmark made 29 saves for the Sabres, who outshot the Sharks, 35-32.

The puck goes in the net, it's reviewed, and IT COUNTS!