After falling behind in a three-goal deficit to the Utica Comets (5-0-0-0) during the first period, the Rochester Americans (3-2-0-1) were never able to recover as they fell 7-1 Saturday night at the Adirondack Bank Center.

Tage Thompson provided the lone goal of the night for the Amerks with his third of the season from Sean Malone and Brett Murray, who made his pro debut tonight for Rochester. Netminder Andrew Hammond (3-1-1) made his fifth appearance of the campaign in the crease, making 24 saves before being replaced by Jonas Johansson with 6:43 remaining in the third period. 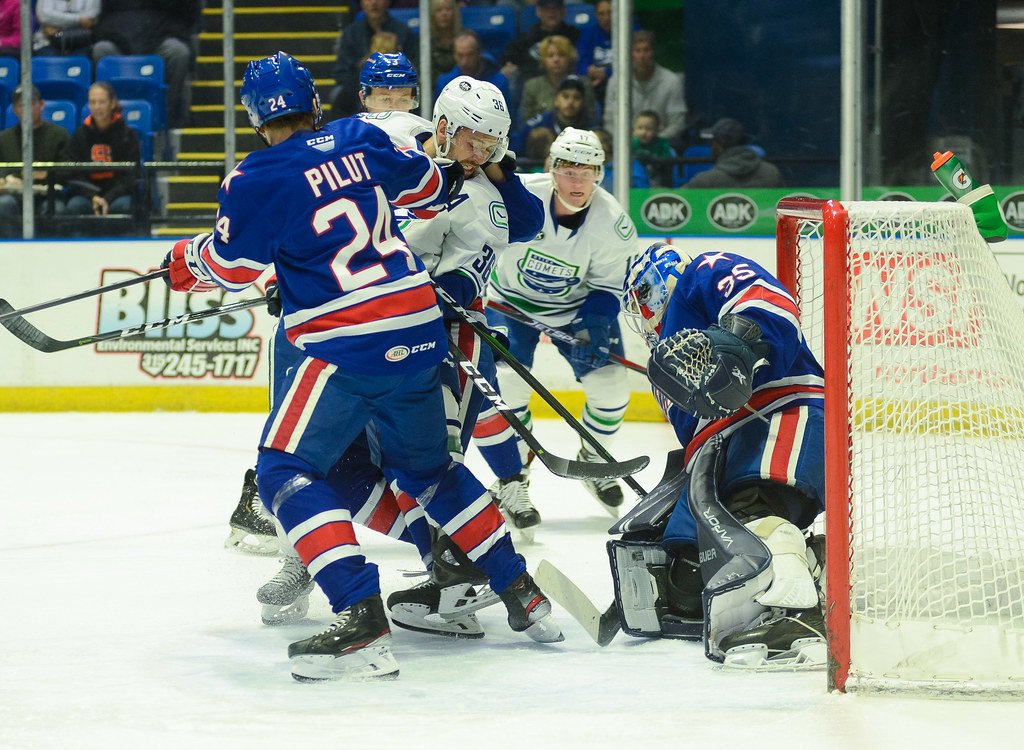 The Comets racked up their fifth straight win to start the season, joining the Toronto Marlies as the only two North Division teams to remain unbeaten. Reid Boucher (2+1) and Sven Baertschi (1+2) each had a game-high three points apiece, while Olli Juolevi (0+2) and Nikolay Goldobin (1+1) both had their own multi-point outings as well.

SCORING CHANGE: @brettmurrayy is being credited with the secondary assist for his first professional point!#UnitedWeROC https://t.co/oCb9x173AF