The Buffalo Sabres scored twice in the first 5:20 of their game Thursday night against the Los Angeles Kings, establishing early that they were prepared to bounce back from a tough loss the night before.

Carter Hutton made 47 saves in the 3-0 win at Staples Center to record his second-straight shutout and set the franchise record for most saves in a regular-season shutout. Casey Mittelstadt recorded two goals and an assist, marking both the first multi-goal game and three-point night of his career. 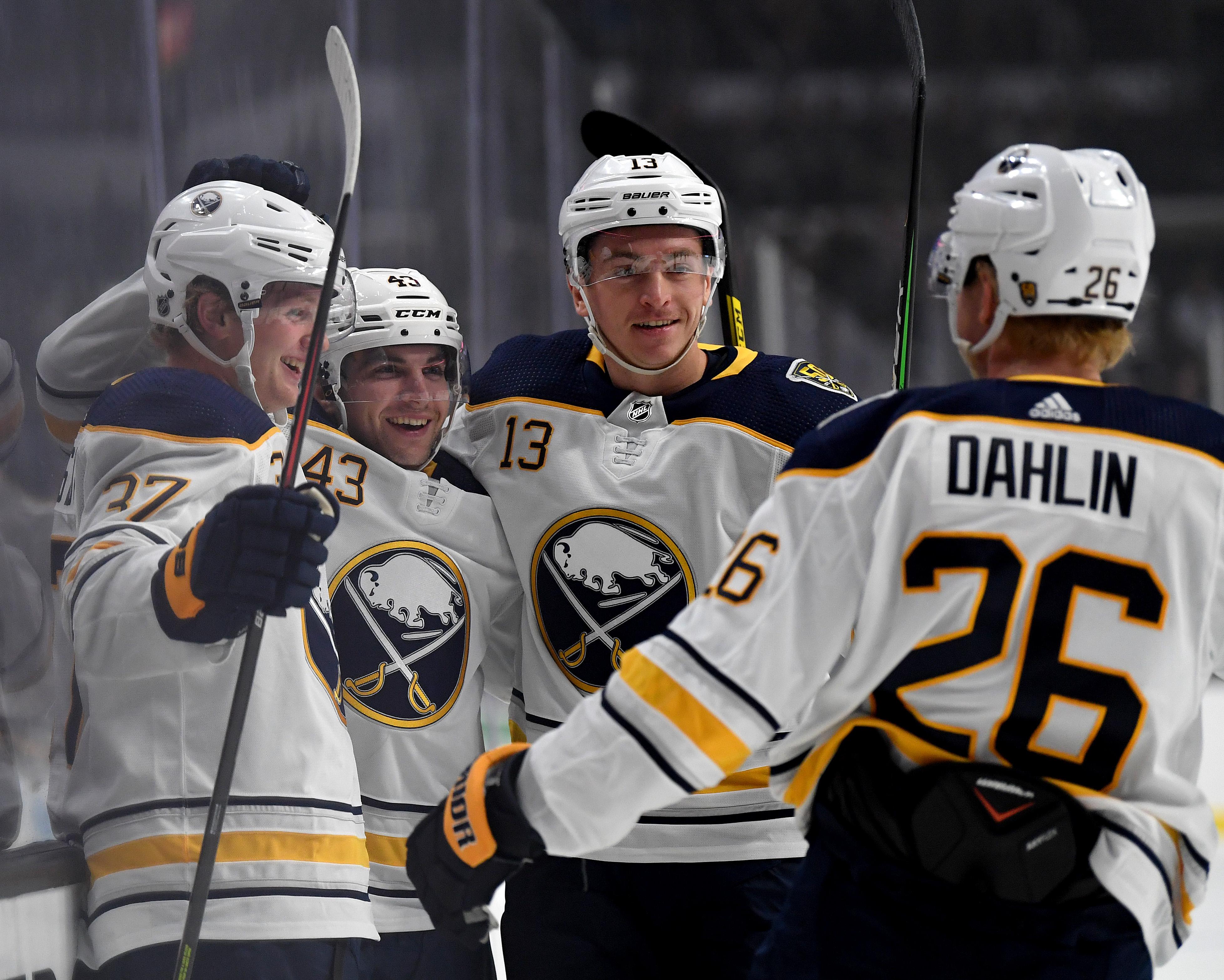 Conor Sheary, in his first game back after missing the past four contests with an upper-body injury, added a goal, and Jimmy Vesey, their linemate, chipped in an assist for his point as a Sabre.

Mitts with the one-timer! ?

His first goal of the season puts us on the board with 17:24 in the first.#Sabres50 pic.twitter.com/TsH5AiOQMk