Syracuse loses in the Dome to Pittsburgh (full coverage)

What started with some encouraging pace and some quality passing ended with a thud for the Syracuse Orange on Friday night. And in the middle was a calamity on offense that led to three different players lining up behind center in a 27-20 loss to the rival Pittsburgh Panthers.

Tommy DeVito was under siege once again, but still managed to deliver some quality balls early. Unfortunately several of those were dropped, and the Orange offense looked a lot like what we’d seen for three quarters against NC State last week: sputtering, inconsistent and its own worse enemy when it came to penalties (SU had nine for 78 yards). 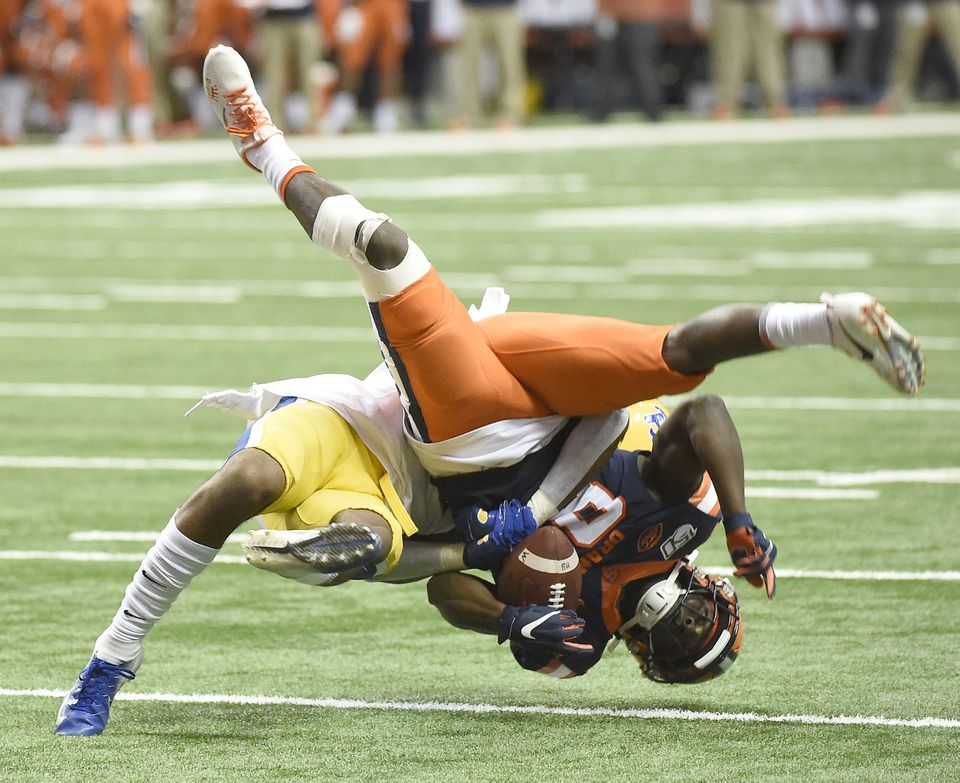 Welch to Taj was the second-longest pass play in program history. pic.twitter.com/E9MwO0YgvI

Syracuse (3-3, 0-2 ACC) and Pitt (4-2, 1-1 ACC) will add another chapter to their longstanding gridiron rivalry on Friday night when the Panthers come to the Dome.

The Orange are coming off a 16-10 road loss to NC State last Thursday. Redshirt sophomore quarterback Tommy DeVito completed 29-of-39 passes for 300 yards and a touchdown, but it was not enough as a late rally fell short and NC State held off Syracuse at Carter-Finley Stadium. Pitt has won its last three, including a 33-30 decision on Oct. 5 against Duke. The Panthers had a bye last weekend. Check out all the pregame links and media below…