Sabres defeat Panthers 3-2 in a shootout

The Buffalo Sabres played in their third overtime game in a row on Friday, and this time 65 minutes just wasn’t enough.

The Sabres entered their first shootout of the year and came away with a 3-2 victory over the Florida Panthers at KeyBank Center. 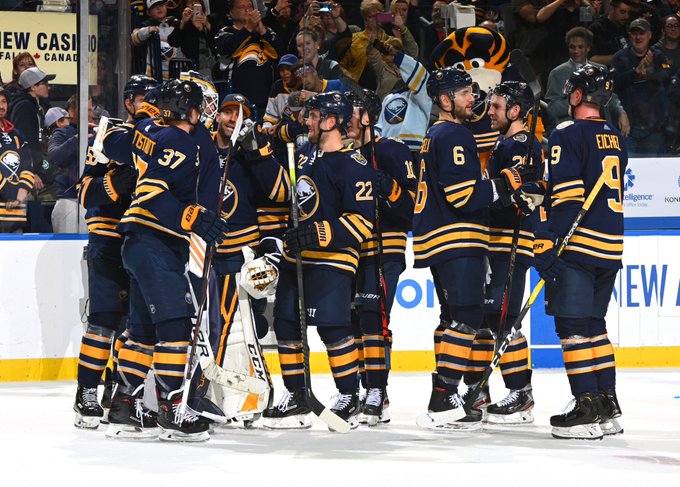 Jack Eichel and Casey Mittelstadt scored in the shootout and Linus Ullmark stopped both shots he saw to secure two points.

Since the beginning of training camp, Sabres coach Ralph Krueger has talked highly of the depth and balance among the team’s four lines. Throughout regulation, he leaned heavily on the line of center Johan Larsson and wingers Zemgus Girgensons and Kyle Okposo, and the line stepped up to produce both of Buffalo’s goals.

Larsson's first of the season puts us on the board with less than a minute to go in the second! #Sabres50 pic.twitter.com/SiC0ClSfMK

The forecheck.
The passing.
THE GOAL!!! ?

TOP SHELF WITH THE SILKY MITTS FOR THE WIN! #Sabres50 pic.twitter.com/CQqODSBccg