Rougned Odor’s late-season drive to rehabilitate his statistics continued on Saturday in the final night game at Globe Life Park.

Odor compiled six RBIs with a two-run double and a grand slam, carrying the Rangers to a 9-4 victory over the Yankees. The six RBIs were a single-game best and also gave him a career-high 93 RBIs. The grand slam gave him 30 home runs on the season, most on the Rangers. 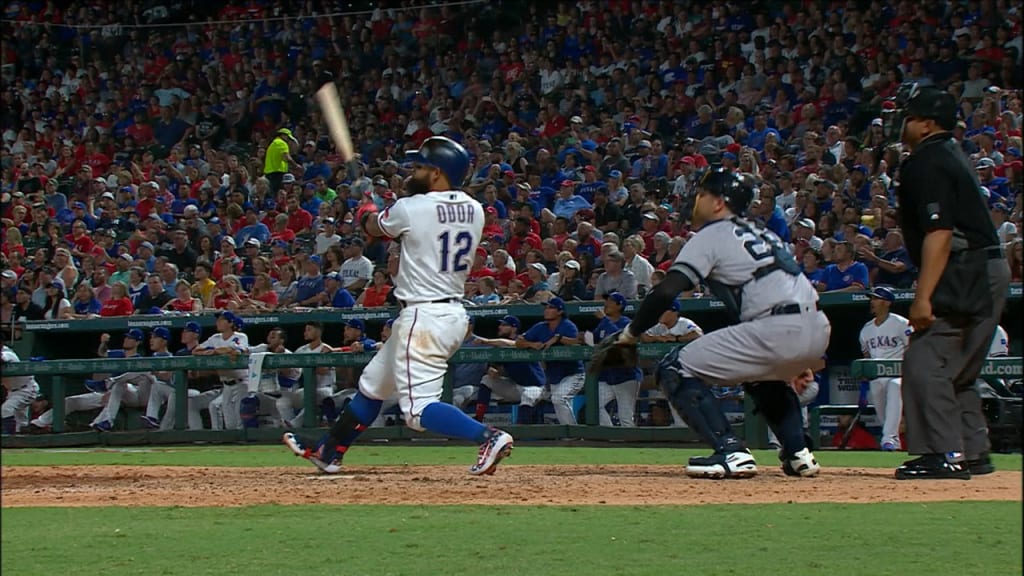 Odor put the Rangers ahead with a two-run double in the first off Yankees starter Luis Severino. Odor’s grand slam came in a six-run sixth off left-hander Nestor Cortes Jr. It was his second grand slam this season and the fifth of his career.