When the Yankees decided to stand pat in advance of the Trade Deadline this July, general manager Brian Cashman voiced the belief that a healthy Luis Severino could provide more of an upgrade than any other available player in the marketplace. That vision is becoming reality, just in time for the club’s most important games of the year.

Making his second start since being activated from the injured list, Severino’s electric arsenal produced nine strikeouts over five scoreless innings on Sunday afternoon, concluding the Yankees’ regular-season home slate with an 8-3 victory over the Blue Jays at Yankee Stadium. 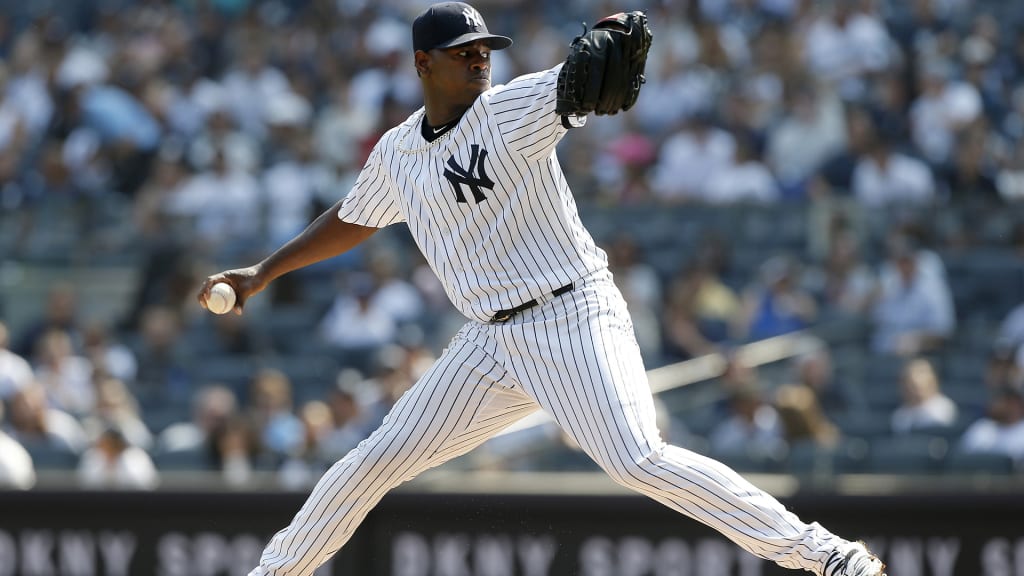 Severino scattered three hits and hit a batter with an 0-2 offering in his 80-pitch effort, running his season tally to nine scoreless innings after having his debut delayed by injuries to his right shoulder and right lat. Severino is expected to join James Paxton, Masahiro Tanaka and possibly J.A. Happ in the rotation for the American League Division Series.