Giancarlo Stanton has said that he wants to use the remainder of the season to study opposing pitchers, believing that he will need those at-bats in order to fine-tune his timing for the playoffs. The Yankees slugger may be closer to form than he initially expected.

Stanton homered and doubled in his third game since returning from the injured list, helping to support James Paxton’s career-best 10th consecutive winning start in New York’s 7-2 victory over the Blue Jays on Saturday afternoon at Yankee Stadium. 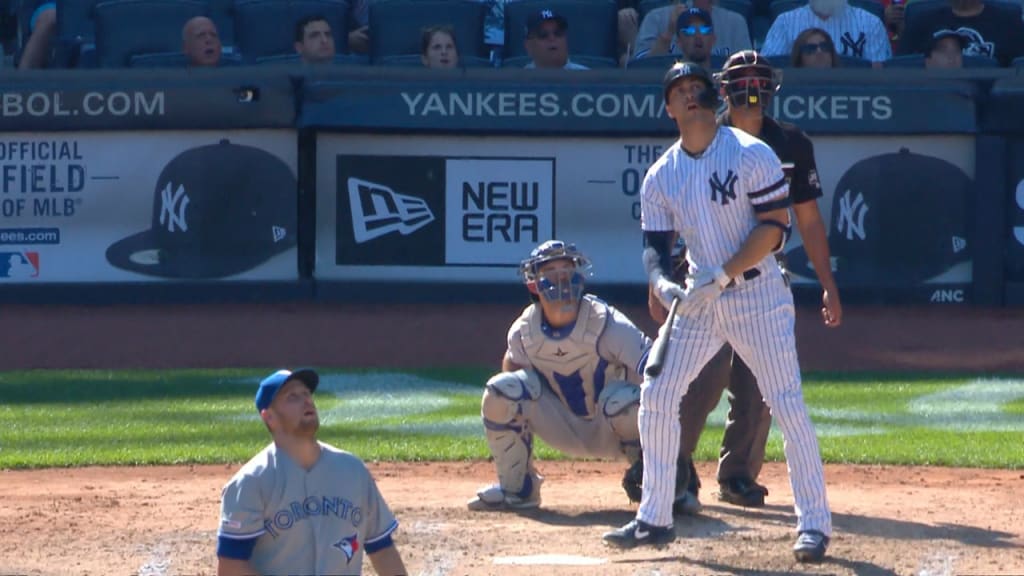 Having missed 73 games due a strain of his right posterior cruciate ligament, Stanton launched his second home run of the season in the sixth inning, a no-doubt solo blast to the left-field bleachers off right-hander Brock Stewart. The drive traveled a Statcast-calculated 420 feet, coming off his bat at 111.5 mph.